There is a lot happening for Realme in last week. First, Realme CEO Madhav Seth confirmed about the Realme UI 3.0 based Android 12 and then soon followed an announcement of unveiling latest software skin on October 13. What’s more interesting we have brought for you is the leaked Online screenshots of Official Realme UI 3.0 a head of its launch. You can clearly see the look and feel of the new Realme UI along with its design including widgets, settings and other features. This leaked screenshot is from the beta build of Realme UI 3.0 skin. It is very exciting to see the first look of Android 12 based Realme UI 3.0. 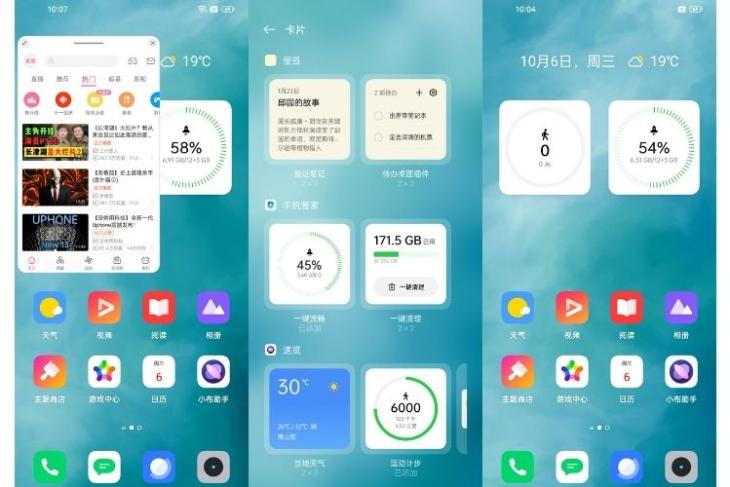 The screenshot of leaked Realme UI 3.0 (based on Android 12) came from tipster Digital Chat Station when they shared it on Weibo (a Chinese micro-blogging platform). In the first leaked image, it showcase an update UI, multiple widgets on the home screen as well as the new Setting Page. On appearance, this Realme UI 3.0 looks similar to Oppo’s ColorOS 12 and various Realme UI skin will also be available for the eligible Realme devices. The screenshot for the redesigned UIs is below. 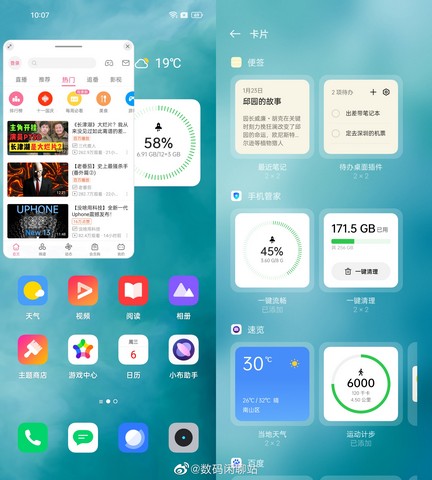 The Realme UI 3.0 looks similar to ColorOS 12. Earlier we seen the announcement for the merger of Oppo and OnePlus for the development of a unified OS however Realme has not yet officially joined them. However, it is expected that Realme will also join the unified platform ultimately. 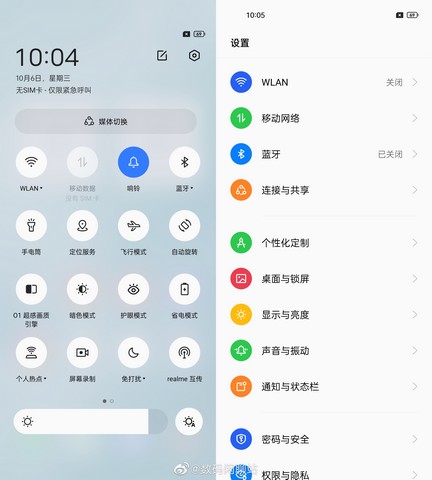 The next screenshot is of the next-gen Realme UI setting page. Here you can easily see that the device running the software has the version number to be V2.1. However the android version shows that it is running on Android 12. 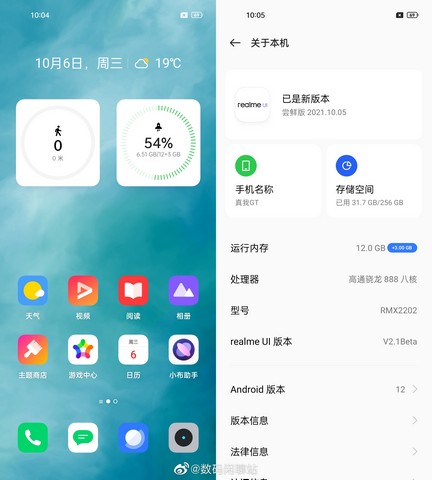 As of now, no information about the Realme UI 3.0 skin is available. Hopefully, all the new Android 12 features such as privacy dashboard, privacy indicators etc. will be incorporated.

As per the tipster reports, current beta build of the OS is already available for Realme GT series. Once the company officially unveils the Realme UI 3.0 on October 13, hopefully the other models will get the update including the recently launched Realme GT 5G and GT Neo 2 and so on.