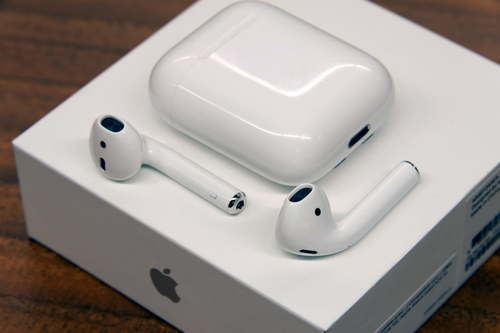 According to reports from Counterpoint Research, it states Apple has sold about 35 millions of AirPods wireless headsets in 2018. Adding more, the agency even explained that AirPods is now become the most popular “hearable” device. Here the term ‘hearable’ means a device through which something can be heared, and is distinguished from the term ‘Wearable’ in US. Airpods are such a smart wireless headsets which are not just limited to audio features, but can also help people to track health or using AI assistants. According to some rumors, the 2nd gen AirPiods may also be featured with health tracking options.

In an online survey conducted by Counterpoint Research under which more than 200 participants enrolled, 19 percent among them prefer Apple-branded ear-wear devices. Also, the survey results has shown that comfort and sticker is the primary key feature due to which they prefer using the device. The survey also cleared that sound quality is actually the last factor which participants has considered. However, the results even shows that almost 72 % of users who has purchased the wireless headphones, are just due to sound quality.

However, the Apple officials have not yet disclosed any details about specific Apple Airpods sales report. But the company is continuously focusing over the ease of use of Airpods in marketing. The tech giant Apple recently has announced that its Airpods has achieved “simplification, one step, one stop connection” pair, which is really an appreciable achievement for a wireless headset. As per some resources, Apple is to launch a new product on 26 March and the 2nd generation Airpods are expected to be released as well at the press conference. Getting through some rumors, Airpods 2 are expected to have black and white color concept and will strike market with $199 price tag, but there’s no confirmation on this matter.

Also Read: How to Save Google+ Public Posts forever?

Also, the Airpods 2 is being expected to support “Siri” feature which will increase health monitoring function. The upcoming Apple Airpods will sport Bluetooth 5.0 energy standard along with improved sound quality. Also, it will feature support for Qi standard and can be fully charged in just 15 minutes span of time.

To stay tuned with more details on Apple Airpods sales and details, Subscribe Us now.

How to fix iPhone Not Allowing Camera Access to Apps

How to Fix Reminder Alerts Not Working on iPhone [FIXES]

How to fix Microphone Stopped working on iPhone

How to Fox iPhone Calendar Invitation Cannot be Sent Error