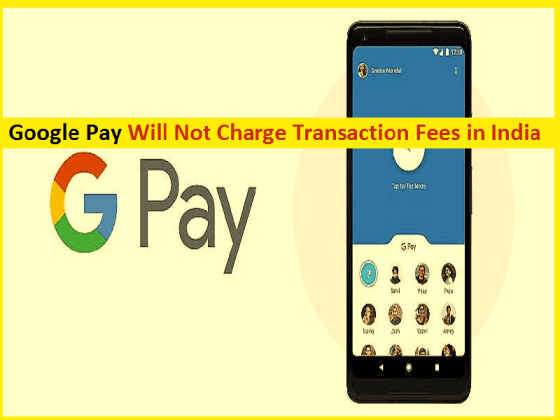 According to report, Google Pay (Digital Wallet Platform developed by Google Company) will not charge fees for Google Pay or Google Pay for business apps in India. Google Company has confirmed that the transaction fees are introduced for U.S and it doesn’t apply to Google Pay users in India. Let’s take have a look at company’s official statement on the matter.

For those who are not aware, Google is currently operates two versions of “Google Pay”- the Online Payment System including U.S version and Indian version (Previously known as ‘Tez’). At this time, both version of Google Pay have the same name that’s why there is always confusion when the company reveals new features for any versions.

Furthermore, Google has also confirmed that these transaction fees are only applicable for Google Pay – U.S version and not for Google Pay- Indian version. On other hand, Google has informs the Google Pay users that from January 2021, you won’t be able to use ‘Pay.Google.com’ official website to send and receive money from other users. However, you can use new “Google Pay App” for online payment. Let’s take have a look at Google Official statement on the matter.

That’s all. For any suggestions or queries, please write on comment box below.

How to Fix PS5 controller not charging while playing [Steps]