How to Find Blocked Numbers on iPhone [Easy Guide] 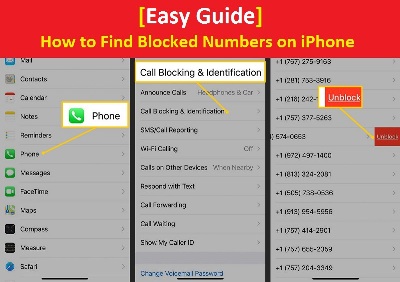 Here, we are discussing on “How to Find Blocked Numbers on iPhone” in details and providing steps to find blocked numbers, removing them from blocklists, call/text them back without removing the blocked numbers from list. Let’s starts the discussion.

If you want to see the blocked numbers on iPhone without removing them from blocklist, then you can read & follow our instructions to do so.

What happens when you blocked a numbers on iPhone?

If someone is irritating you by calling or texting from unknown numbers on iPhone, then the one of best option to remove your frustration is to block their numbers on your iPhone. After blocking their number, they won’t texting or calling you from such blocked numbers.

“Blocking” feature allows you to add the selected contacts or numbers to blocklist. When you block a numbers on iPhone, they won’t texting you or calling on your iPhone using such blocked numbers. However, the blocked person won’t receive any sign that they have blocked by you. When the blocked number wants to sent a text to you, they won’t deliver it at all and their text will simply sit there looking as though it were sent to you.

“Blocking a number iPhone” can be helpful if don’t want any spam caller, or any irritating one to call you on iPhone. Note that this option can’t prevent the person from reaching out via any other apps like Facebook, WhatsApp, Instagram or other third parties’ software.

To see blocked numbers, remove them from blocklists or call back them without removing the blocked numbers from lists, you can read & follow our instructions given below. Let’s go for the steps.

[Tips & Tricks] How to Find Blocked Numbers on iPhone?

Procedure 1: How to see blocked numbers on Phone App? 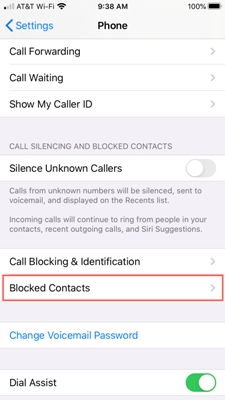 Step 2: In the opened “Settings” App, tap “Phone” and scroll down to and then tap “Blocked Contacts”

Step 3: This process will show the list of locked numbers.

Step 4: To view details, tap on that numbers.

Step 5: Tap on “Edit” to remove the number from blocklist

Step 6: Tap “Add New” at the bottom to add another number on blocklist

Procedure 2: How to see blocked numbers in FaceTime App 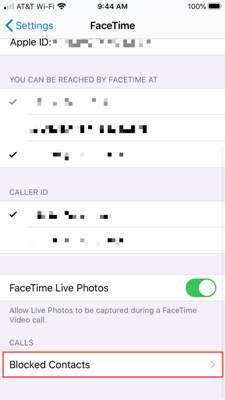 Step 3: To add new number to blocklist, remove the number from blocklist in FaceTime App, you can follow steps like in ‘Step 4 to Step 6’ of ‘Procedure 1’

Procedure 3: How to see blocked numbers in Messages App? 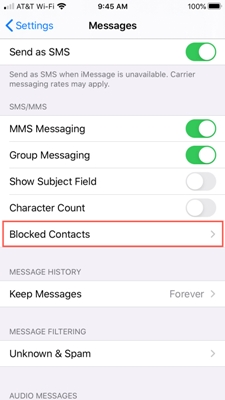 Step 3: To edit your blocklist in Messages App, you can follow the same steps just like in Phone App and FaceTime App

Procedure 4: How to see blocked numbers in Mail App? 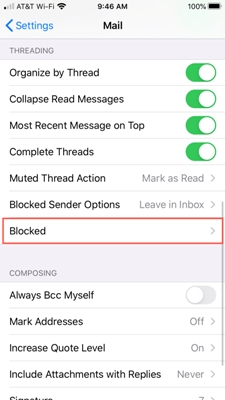 Step 1: Open “Settings” in your iPhone

Step 3: To add numbers in blocklist, remove numbers from blocklist, you can follow the same steps like in Phone App, Messages App and FaceTime App.

Procedure 5: How to block a number on iPhone?

If you want to block a particular number on your iPhone, you can follow the instructions given below:

Step 1: Tap the “Blue” (i) in the circle beside the phone number which you want to block

Step 2: Scroll down to and hit “Block This Caller” and then confirm to block

You may also read: How To Block Someone From Texting You [Android/iPhone]

Blocking someone on iPhone especially their numbers is very easy tasks and if you want to see blocked numbers or list of blocked numbers, we have already mentioned the recommended steps to do so. You can unblock the numbers, add new number to blocklist and view the blocklists on iPhone using steps mentioned above. If you have suggestions or queries regarding this, please write on comment box given below.