We’re having a problem sending messages. Make sure you have a connection and your account info is correct, and then try again.

Are you struggling with the above mentioned error message, don’t fret as you are not alone a large number of users have claimed the same while trying to sync their mail application. Though the error can be easily tackled but it is extremely annoying because once the users get prompted with the above mention error message, they fail to send or receive emails. As per the reports users face this issue on school computers but some users have reported this error with specific accounts.

And if we talk about the causes of the error then it is clearly mentioned in the error message that either the user has a connection issue or the account info is incorrect. Well after researching a lot about the error we concluded that third party security programs or the Windows security is also a major reason for facing the above mention situation.

But as we have earlier mentioned this issue can be easily tackled so you can follow the below mention guidelines to resolve the trouble.

Step 1: First of all tap on the Start button located in the lower left corner and then type in Windows Firewall 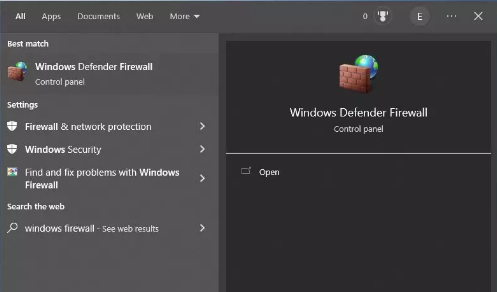 Step 2: Now choose it from the results> after that press Allow on an app or feature through Windows Firewall

Step 3: Click on Allow Another App and locate the two svchost.exe files and add them:

Step 4: Under the list of firewalls, you will see a new app with the name Host Process for Windows Services

Step 5: After that click on OK to exit and see if the issue resolved or not 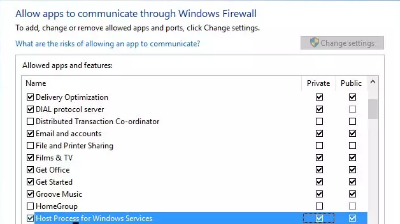 Several users have claimed that adding svchost.exe in BitDefender can resolve the above mention error if you are BitDefender

Step 1: First of all open BitDefender, choose Protections and then navigate to Firewall > then locate and click on Adapters, and add the Network you are on the trusted category

If you are still struggling with Mail sync error 0x80072726 then we suggest you to allow svchost.exe        in Windows Defender.

Step 2: Now scroll down until you see Exclusions, click and add exclusion

Step 3: Now under Processes, select Exclude a .exe, .com or .str process and exclude the following:

Sometimes users get stuck with  Mail sync error 0x80072726 due to system corrupted files so it is imperative to repair the system corrupted system files and to do the same we strongly suggest you an automatic PC Repair Tool. This is an expert tool which will thoroughly scan your system files and not to mention it will also immune your system from several PC errors/issues.

That’s all folks! We assume you liked the blog.