How To Install Canon Printer On Windows/Mac Without CD 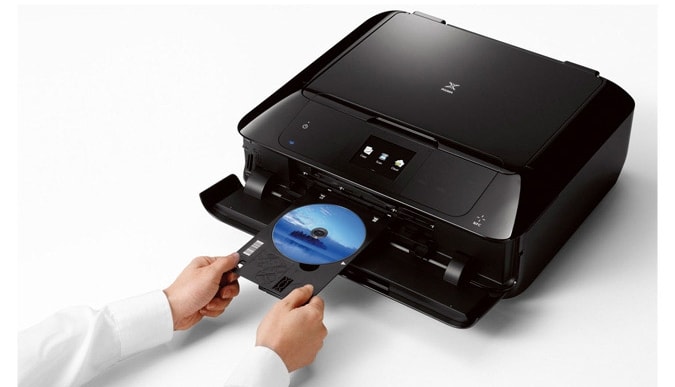 Canon is one of the most popular tech giant to offer wide range of gadgets to help consumers accomplishing their task at ease. And coming to its developed printers, they are simply amazing to suit every needs. Canon printers are widely sold with a CD, that’s generally known as Setup CD which actually includes some extra software or drivers using which the hardware component can easily be connected, then used with a computer. Different Canon printers have different additional software which support to some specific models, and the setup CD easily offer those products to customers. But in case if a user want to access those resources without a CD, even the same is possible, and this article is going to discuss the same, which is how to install Canon Printer without a CD, whether it be on Windows or Mac OS X based computers.

When It’s Required To Install Canon Printer Without CD

If you are an owner of a Canon printer, then you might ever come to face a situation when you have lost the setup CD came with the device or its has been corrupted or damaged somehow. Also, you may require sometimes to install the printer on such a device which has no CD reader. So, definitely you would seek some alternative ways to learn how to install canon printer on your computer without a CD. Some easy tips has been suggested. Well, in order to accomplish this task, you can visit Canon Support official website and access your printer’s user manual and setup software as well.

Before you proceed with download, do make sure to enter your printer’s model number and other specific information about your device such as computer’s OS version, type, and more. Once you find the perfect match to setup software for your Canon printer, you can download and install them easily to add your printer with your machine. Also, you can find other utilities as well like specific software that supports your printer, its drivers, etc which you actually got included in the setup CD.

Speaking about the benefits of downloading printer’s software or drivers directly from official website is that, it simply assures you are getting the updated version. The software and utilities you got included with setup CD might have been updated now, and to install Canon printer without CD easily bypass such risks.

In addition to these benefits, you learn how to install Canon printer through the software from its official website, you would also be able to update your printer’s firmware as well. Yes, the software is also there provided by the company which includes fixes of differenet bugs or issues which might have appeared to you in the version you may be using previously..

How to install Canon printer on Windows system

When it comes to install your printer on a Microsoft Windows Os based computers either with a setup CD or the ones you have downloaded from Canon’s website, do make sure at first that you are logged on your system as administrator. Once you do, either insert your setup CD or locate the downloaded files and execute the setup to complete installation.

Once the initiated setup to install printer’s driver is completed, you would even require to add the printer to your Windows. These steps may vary from Windows version to version, but if you are running Windows 10, simply Click the start button and type “add printer” in the search option. You will see a result shown, click the option to open and follow all on screen instructions to add your Canon printer easily to your machine.

While you are using a Mac OS on your system, you would have to follow same steps that’s to visit official website and download all utilities, software and drivers according to your OS versions. Once done, install them one by one and navigate to “Printers & Scanner” under System Preferences. In case if the software or setup you have just installed on your PC gone correctly, then you might be able to see your printer in the list. You can also add the printer there as well by clicking “Add” button.

In most of the operating systems, there also pre-installed some print drivers which can help a user to do basic tasks without installing drivers and other software. In case you too are not desired to take time to download and install drivers on your computer and intended to take intended of built-in printer drivers, then this method can be useful. All you require is to use the in-built printer drivers to accomplish your needs. Whether you are using Mac or Windows OS,, both have pre-included drivers for some popular brands of printer, and Canon is also one of them. But, these drivers specially work for those printers in most cases which supports USB connections.

To use this feature in order to use your you Canon printer for printing tasks, just connect your device with computer using a USB cable and turn the printer On. While connecting with a Mac system, once can use a USB adapter to connect their printer. Once the printer is turned on, the inbuilt driver for the device will get automatically installed. When the installation completes, you would be able to add printer and use it further for your printing tasks. But, if you require more than just basic printing devices, you would have to install other software or drivers as well.

Hope this article regarding how to install Canon printer on Mac/Windows system might helped you. Do Share and Subscribe Us to stay tuned with more similar articles further, and share your views and comments in the section below.