Facebook is one of the amazing social networking platforms which help the users to keep in touch with their long lost friend’s relatives and colleagues. This platform has been serving the people worldwide since decades and has become one of favorites Online network platform. It provides so many features which makes it more reliable. Facebook also allows its users to make more than one account.  Facebook have no such protocols which state that one user must have only one account. And there are few people who take advantage of that and make multiple accounts. As we know that Facebook have billions of active users. And if I say that in billions of users there must be a million users have more than one account then I won’t be wrong. Am I? 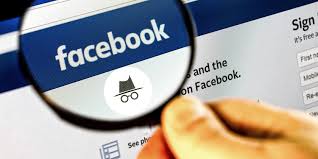 We don’t say that making multiple accounts is a crime and whoever does so is a criminal but there are some anti social elements who joins the platform only for doing mischief which sometimes leads to a crime. So we are here to highlights the keypoints by which you can easily distinguish between a real and a fake account. We are going to discuss on How to know who is behind a fake Facebook account and how to identify a fake Facebook account?

It happens with almost everyone especially with the female users, they get so many friend requests on their Facebook account. We don’t say that all the requests are fake but many of them sometimes are not genuine. And it’s a myth that only females get trapped by fake accounts, it happens that male users also get trapped. There can be so many reasons to trap someone on Facebook. But all we need is to stay aware and fully analyse the profiles before adding any unknown user to our Facebook Account.

So after investigating a lot we have concluded that the below mention signs can help you uncover a fake Facebook Account. So without any further ado let’s get started with the discussion.

One of the major clues to identify a fake Facebook account is the profile picture. If any user has used a different type of profile photo which doesn’t suits their profile or some unique kind of image to attract another users to follow their account. Then it might be a fake profile.

In this section we will discuss how to know who created the fake account. To know more keep reading the blog. If you find that the account is fake by analyzing on above parameters. And now you want to see who is behind a fake Facebook account? Then you can do a couple of things to find the bogus account holder. You can take help of IP address (probably detect it with a third party IP tracker tool) but keep in mind  that Facebook never reveals the IP Address of such accounts.

If the account seems to be fake then you have an option to report the account on Facebook. But if you think that it is very important to find the fake account holder then you can take help from the local law authority. They will definitely help you.

That’s all about How to know who is behind a fake Facebook account.  I really hope that the article was helpful for you. And now we hope that you will take very good care of yourself. And stay away from toxic people.

Apart from this, do write us if you have further queries or concerns regarding the same.

How to fix Cannot save Excel file to a Network Drive

How to write a quality essay?

How to fix Xbox not detecting external storage