How to update AMD Video Drivers on Windows PC [Manual/Automatic] 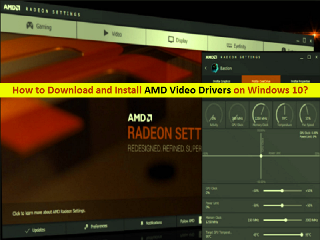 “AMD Video Drivers” are the software acts as mediator between video card integrated/installed in your computer, and the Operating System (OS). In case if drivers for your AMD display adapter are not installed properly, or is missing/corrupted and/or incompatible with current version of Windows OS installed, then you might face issues like your graphics card would not be able to draw the pixels which you see the monitor. So, drivers update is required.

If AMD Video/graphics Drivers are already installed in your computer and there is no problem with your AMD Radeon graphics cards, then update may not be required. But you can update it if you recently installed a new 3D game, Operating System (OS) version and/or application.

In other words, AMD Video/Graphics Drivers when it updated to latest version, you will get several new features to support for newer 3D game means it will improve gaming experience, fix incompatibility issues with current Operating System version or application, fix driver conflicts and/or other problem associated with your graphics card. Furthermore, AMD Video Drivers update can fix slow render times, graphics issues, crashes and others. Let’s go for the solution. 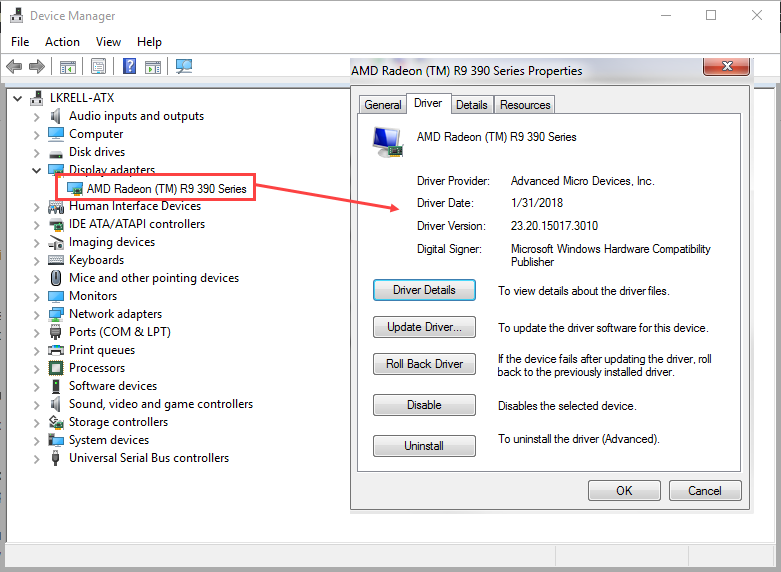 Step 5: Once done, restart your computer to save the changes. 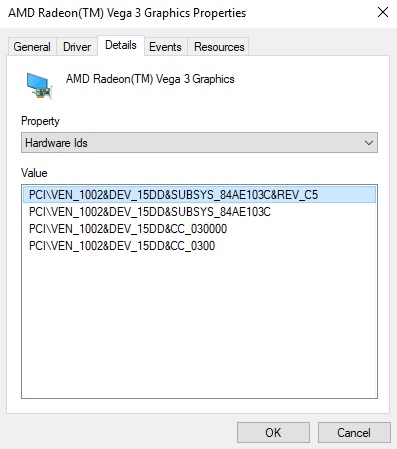 Note: These values are used to determine the graphics card model and manufacturer. Here, the list of manufacturer with Subsystem ID.

Now, you can use this SubSystem Vendor ID and Device ID, and download the latest drivers for AMD Radeon graphics cards for your device. To update the driver manually, follow steps below. 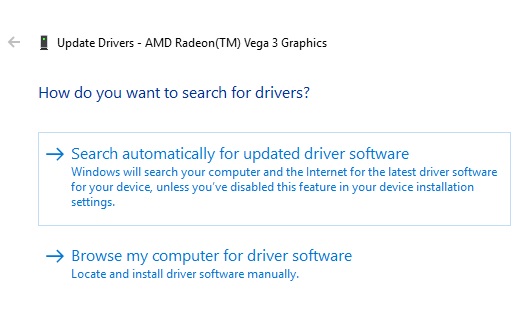 Step 4: This time, select “Browse my computer for driver software” and follow on-screen instructions to finish the update process. This will install the latest AMD Video Drivers in your computer which you have downloaded from official AMD website.

For the System with AMD Ryzen chipsets, AMD Radeon graphics, AMD Radeon Pro Graphics, and AMD processors with Radeon graphics only can use “AMD Auto-Detect Update Tool”. If your System is running Windows 7 or Windows 10 and equipped with AMD Radeon graphics and/or other supported graphics card, then you can use this automatic detection and driver installation tool. This will detect your graphics card model and version of Windows Operating System installed on your computer, and then allows you to install latest AMD Video Drivers update. 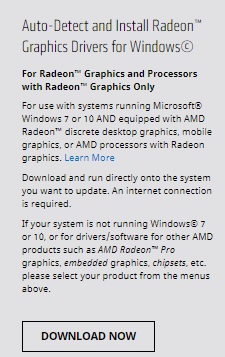 Step 2: Once download, double-click on “Setup file” and install the application

Step 4: This tool will detect drivers for your AMD video/display adapters that can be installed with one-click. Once done, restart your computer to save the changes.

I am sure this article helped you to know about AMD Video Drivers, how to update drivers for your AMD graphics in Windows PC using manual method and automatic method. You can read & follow our instructions to do so. If this article really helped you, then you can share this article with others to help them.

How to Download and install Matrox display driver Windows 10 [Steps]