Huawei MateBook 13 and MediaPad M5 Lite Released for US

Huawei is a well-known Chinese company that is worldwide known for producing smartphones with advanced features with over 100 million smartphones and smart devices sold. And now, it is no more stranger to the tablet and laptop markets. That company has launched the MediaBook 13 and MediaPad M5 Lite at the Consumer Electronics Show (CES) in Las Vegas, America. Both the products had been launched in China just few days ago and now will go on sale in the US market later this month. 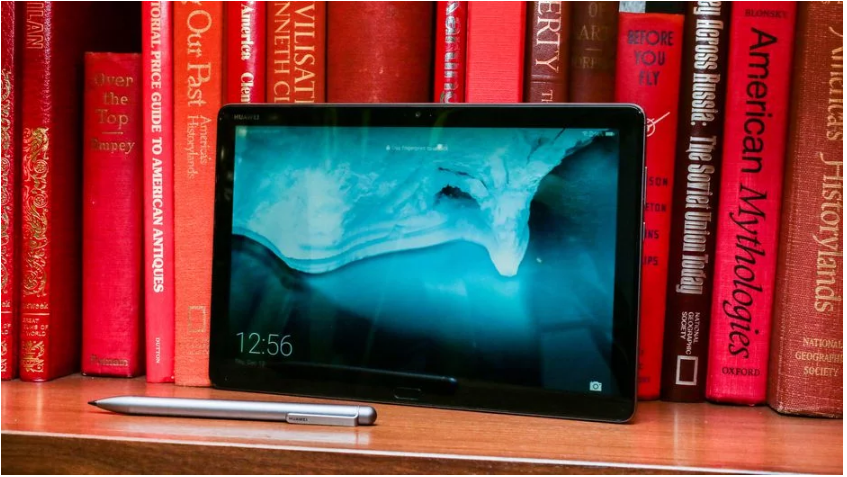 The MateBook 13 is a premium laptop that stands between Huawei’s top of the line MateBook X Pro and its entry-level MateBook D line of notebooks. It has a 13-inch 3:2 2160x1440px IPS LCD and has a typical brightness of 300 nits, minimum of 240nit and 100% coverage of the Adobe sRGB color range. The left and right-side bezels are just 4.4 mm while the device has a screen ratio of 88%. The display has a 178-degree wide-angle view, 1000:1 contrast, but the screen does not support touch control.  The laptop weighs just 1.28kg and has a thin 14.9mm metal body. Similar to the X Pro, the MateBook 13 adopts Huawei’s signature laptop design with slim bezels (up to 88% screen to body ratio), premium aluminum blend body with diamond-cut technology accompanied by delicate sandblasting technology with well-chamfered edges and a power button that doubles as a fingerprint scanner.

The Huawei MateBook 13 comes with the latest 8th generation Intel Core i7-8568U (Whiskey Lake) chipsets, with the lower model applying an Intel Core i5-8265 chipset. It is up to 8GB of LPDDR3 memory 2133MHz RAM, 256GB or 512GB of PCIe SSD, 41.7Wh battery and there’s a model with an NVIDIA GeForce MX150 discrete graphic with 2GB of video RAM and a thermal design power consumption (TDP) of 25W. 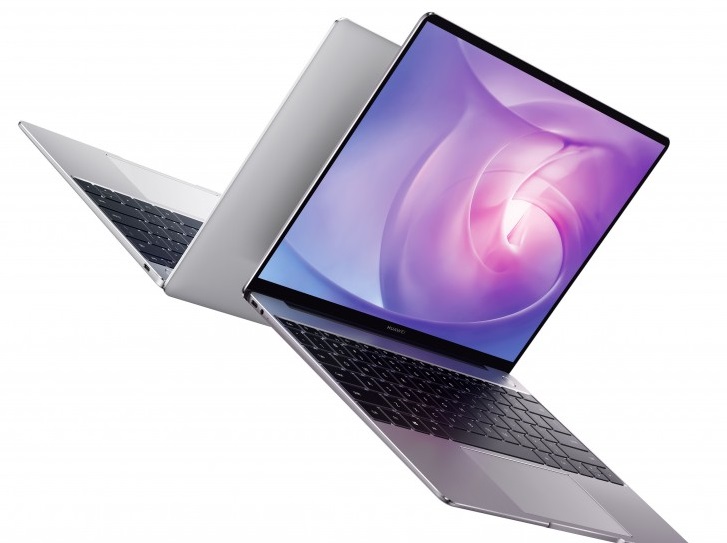 It has a dual fan separation heat source, seven sensors real-time temperature control and a shark fin fan 2.0 smart cooling mechanism. Huawei MateBook 13’s battery capacity is 41.838Whr (3670mHh/11.4V) that even after charging for only 15 minutes, it can be utilized for 2.5 hours. The theoretical life of the battery is about 10 hours. The device has only two USB-Cs with data transfer and DisplayPort output on the right side and data transfer and charging on the left side and a 3.5 headset. Moreover, it also features a dual-band 802.11ac Wi-Fi and Bluetooth 5.0, dual speaker, Dolby Atmos sound, dual microphone, 1 MP camera and also includes a full-size island chocolate keyboard.

Huawei MateBook 13 will be available for sale in the US markets at the end of January beginning at $1,300 for the model with discrete and $1,000 with integrated graphics. This device is not fanless like X models because of the discrete graphics option that makes it heavier. It will appear in silver for a Core i5 or Space Gray for a Core i7 with cost beginning at around $1,000.

Talking about the Huawei MediaPad M5 Lite tablet, it has been official since October 2018 but will now be available in the United States and bring competition to the 10-inch tablet market. It has a similar design as the MediaPad M5 Lite but the model is a trimmed down version just as the name advocates. The device has an aluminium unibody and a 10.1-inch display but this time around, the physical home button is placed in the same direction and the orientation of the Huawei logo is also changed to a landscape direction. The display has a resolution of 1920 x 1200 pixel and powered with a 16:9 aspect ratio.

Noticeable thing here is that Huawei MediaPad M5 Lite resolution is to some extent lower as compared to that of the MediaPad M5. It also features a less powerful Hisilicon Kirin 659 SoC and is existing in two memory options. It has a 3GB RAM+32GB storage model as well as a 4GB RAM+64GB storage variant. The tablet is also powered with four speakers developed by Harman Kardon and they work in sync with Huawei’s Histen 5.0 sound system to bring 3D surround sound. It is bundled with an M-Pen Lite stylus that offers 2,048-levels of pressure compared to the regular M5’s 4,096-levels. 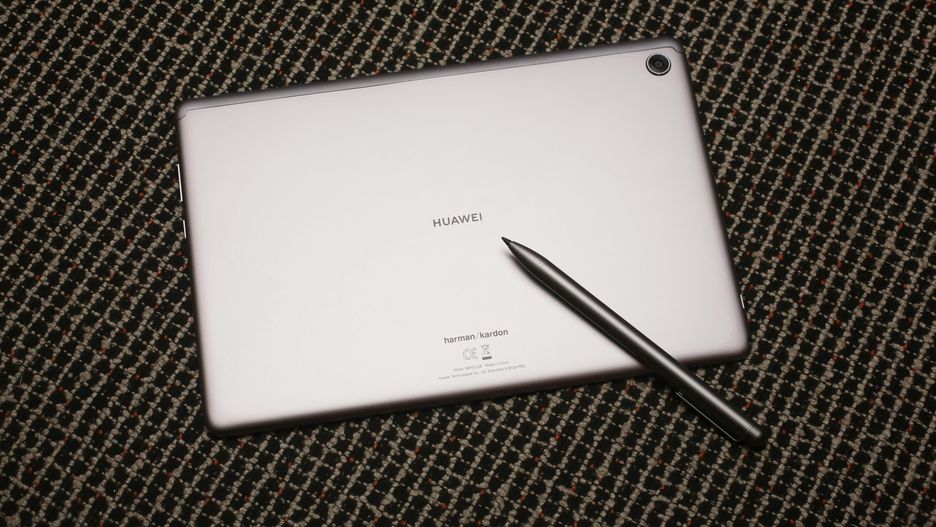 Moreover, Huawei MediaPad M5 Lite is powered with an enormous 7500mAh battery that will supposedly provide enough juice to power long multimedia and gaming sessions. It also features a committed “Kids Corner” interface as well as some novel behaviour-focused controls such as the capability to perceive when the device is too close to a face, the ambient light is below a certain edge or if the device is being used from an “unnatural” angle, such as above the head. In these situations, the tablet will then display a little warning animation in the corner that enlarges to the entire screen if not observed.

The Huawei MediaPad M5 Lite tablet will come in US market in Space Grey and Champagne Gold colors. It will supposedly be available at the end of January with a starting price for just $299.