Organize Apps on iPad (Know How) 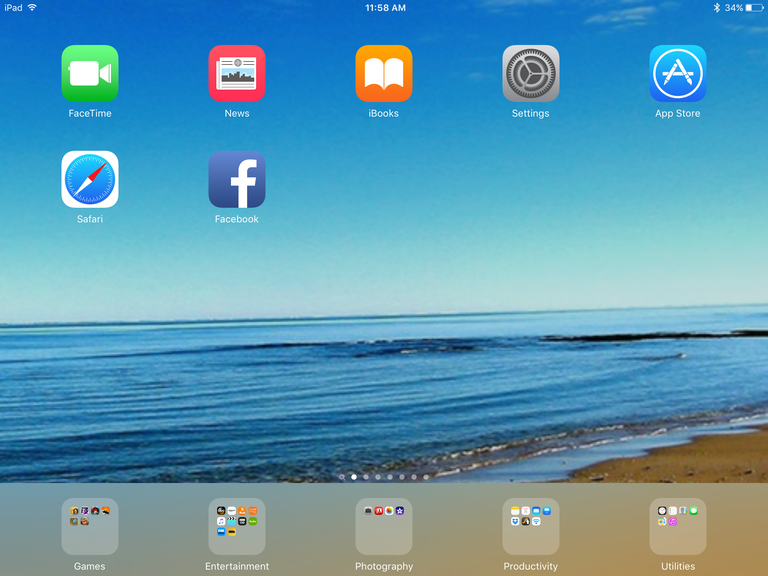 Apple is a well reputed trademark to offer varieties of devices like iPhones, iPads, and many more which usually are popular across the world. For these devices, also available wide varieties of applications or apps in short to accomplish any need in easy. One can simply connect to iTunes and download required app to have it installed on their Apple device. But, unfortunately, there’s not any app to organize installed applications on iOS. And in many circumstances, it becomes very essential organize iOS apps according to requirements.

If you also in need of solutions, then this article about how to organize iPad will truly help you. Although App Store don’t have any tailored application for sorting your apps, but a few techniques will really work in easy that includes using directories, dock, and also sorting your iPad apps alphabetically. So, here comes a few methods with the help of which you would easily be able to keep your iPad apps at your fingertips. And the methods includes:

At the time when iPad was first launched, it didn’t include a way for users to create directories on desire, but as the time and technology improved, iOS started to offer users the way. The frequent growth of apps in App Store may also be the reason for such improvement to allow users keeping their data and even apps under folder for easy access. If you have never tried creating folder on iPad before, then you must try it today. don’t worry, it’s not a big deal and needs a few steps only, also the method will allow you organizing iPad apps easily. To create a folder, follow the steps below:

1. Tap and hold your desired app which you need to keep in folder.

2. After a while, the selected app will start to ziggle, just drag it over another app that you intend to keep in same folder, but don’t release it yet.

3. Keep holding the app over other unless you zoom into folder view. Release the app now.

4. Add a desired name to folder by tapping name area.

5. Go back to home screen, select the apps, drag them to same folder according to your need to organize iPad apps into folder created just now.

In order to keep things easy, you should create several folders based on app categories, and drag in the apps associated to same name. This will allow you finding the right app in right directory easily. This way to organize installed applications can be tried on any iOS devices as well, and also no needs high technical skills to do so.

Dock on iOs are basically a fixed place that remains at bottom of screen. It remains unchanged in all states no matters you change the home screen or what. So, keeping your mostly used application in this area can be the best option for you to access them at fingertips. Most of iOS users never the apps on dock feature, but this method allow you to put 13 apps there. Means, it’s really a big room for you to organize iPad apps on dock. The steps you may require to follow, includes:

1. Press and hold on selected app until it starts to jiggle.

2. Move selected app to the dock, and hold until the other kept apps in dock move out or away.

You can also customize apps on dock further based on your need anytime. Just place drag, drop and release with your fingers. It’s really very easy and helpful as well to keep your iPad apps organized for easy access.

Method 3: Keep folders on the Dock

The dock not only allow users to keep apps under it, but also allow to keep folders there. You can customize the dock according to your requirements, and keeping apps with associated folder under this option, allow you more flexibility with more room. So, instead of using the dock for apps you need to access, you can also use it for just keeping the folders having apps organized, on the basis of folder name. To do so, just mix method 1 and 2 for creating folders and adding apps to it, followed by dragging the folder under the dock. In the next method, you are going to learn how to auto arrange apps on iPad alphabetically, that can also be a good option to organize your iPad apps.

On iOS, there’s no method to keep installed apps permanently organized alphabetiucally, so you would have to sort them out if needed. But, to do so, you may require no workaround but a few steps to follow which are:

2. Navigate to General on left side menu and choose Reset at the bottom of settings under General options.

Doing above steps, all installed apps on iPad will be sorted alphabetically. This will start to appear immediately behind default apps, which you might notice arranged in the same way you first turned On the iPad. Generally, the apps you download and install after, are not set alphabetically, and appears usually at the end of all applications.

Organizing iPad apps on device with above methods can be a hassle for those who love to download and install dozens of iOS applications every week. But accessing your desired app easily without scrolling your screen is still possible. This can be actually accomplished through Spotlight Search option, that a user can find by swiping right from their first home screen. This is the fastest way to access any app by using search and find option, and utilizing Spotlight Search, this task can be achieved easily.

Another recommended way to launch a desired app is through using Siri. This is a robotic assistant offered by iOS by using your iPad,s mic. To do so, just launch Siri by pressing and holding Home button for a bit, and say Launch {app name}, and the application will be running on screen.

(We hope you really enjoyed reading this article regarding how to organize apps on iPad without a mess. Do share this article to your friends or relatives to help them being a technical geek. Subscribe Us to be updated about all our latest articles.)

How to fix iPhone Not Allowing Camera Access to Apps

How to Fix Reminder Alerts Not Working on iPhone [FIXES]

How to fix Microphone Stopped working on iPhone

How to Fox iPhone Calendar Invitation Cannot be Sent Error

How to Fix Apps Not Downloading from App Store in iPhone