When it comes to mobile processors and chipsets, the name Qualcomm is one of the most popular as a manufacturer of all range chipsets for smartphones. Such range includes Snapdragon 400 series, 600 series, 700 series and offcourse the flagship ranged 800 series.

Looking into the current scenario, Qualcomm has recently introduced new members in its flagship and mid-range chipset family which includes Snapdragon 855 and Snapdragon 675 respectively. Although, the two aforementioned chipsets are considered as the world’s most powerful processor till date in their segment, but, what actually makes Snapdragon 855 superior to Snapdragon 675? What are the differences? So, to address these questions, this article brings you brief comparison between Qualcomm Snapdragon 675 vs Snapdragon 855 based on their specs and support.

While running in race of 64-bit Octa-core processors, Snapdragon 855 seems to be a beast to beat 675 easily. Looking through its CPU and core arrangements, it easily clears why 855 is called flagship range chipset.

Speaking about Snapdragon 675, it’s developed on 11nm architecture that means, it will consume more power to process a task. Its Octa-core arrangement is based on Qualcomm’s custom Kryo 460 while its core distribution includes 2 x ARM Cortex-A76 clocked at speed of 2.0GHz and 6 x ARM Cortex-A55 clocked at 1.8GHz. Means, it includes 2 Gold cores and 6 silver cores for heavy and normal tasks respectively.

Everybody knows that playing games on smartphones totally depends upon its GPU. So, it’s very common for a phone to have a decent quality of GPU installed to run even heavy and high graphics games flawlessly.

So, talking about Snapdragon 855 at first, it equips Adreno 640 GPU which is comparably 20% faster that its predecessor Adreno 630. this big improvement makes users to play every kind of high-end games without draining enough battery. Also, Snapdragon 855 supports HDR10+ along with 120fps gaming. Moreover, Adreno 640 supports Vulcan 1.1 API which is generally available through Desktop’s SoCs and third party graphics cards. The term HDR+ gaming is a feature that makes gaming experiences faster in cinematic color in true HDR. All these factors simply indicates, if you invest in flagship, you are receiving flagship. 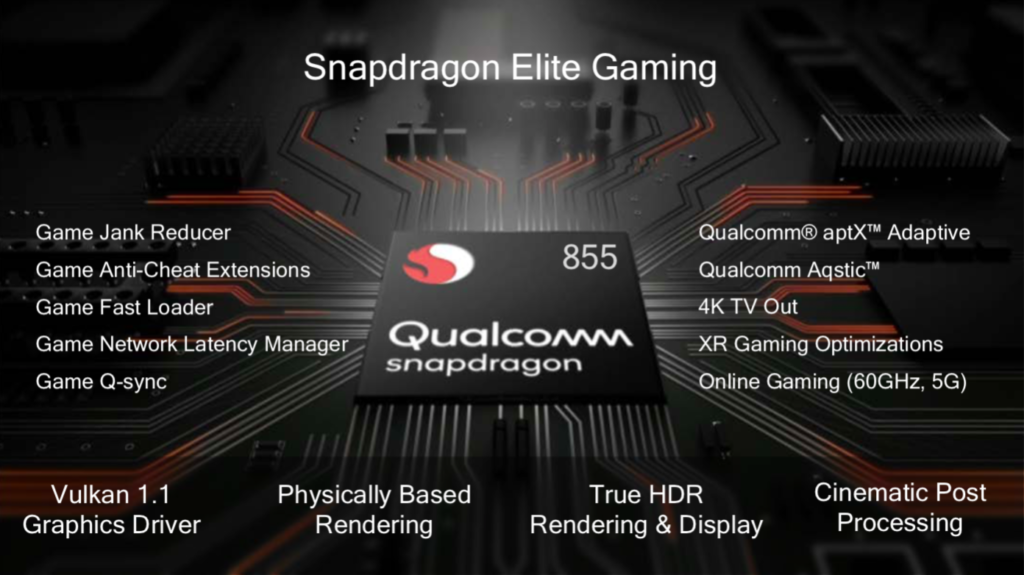 However, coming to Snapdragon 675, it has Adreno 612 included, which obviously offers great gaming performance and without any lags, but not capable to deliver HDR 120fps gaming experience. This means, a normal user can hardly justify the differences in GPU for techies who are dedicated to receive detailed graphics and dynamic range, it would be easy for them to identify Snapdragon 855 is much better, so cost a lot.

Since here a comparison between a midrange and flagship SoC, it’s common to identify the midrange one will lack in every aspects. In the race of AI capabilities, Snapdragon 855 is the first chipset till date having a dedicated AI engine and a new ‘Tensor Xccelerator.’ This tensor unit provides capability to work independently to process AI loads. Also, the 855 includes 4th generation AI engine which is supposed to do 7 trillion AI operations in a second. 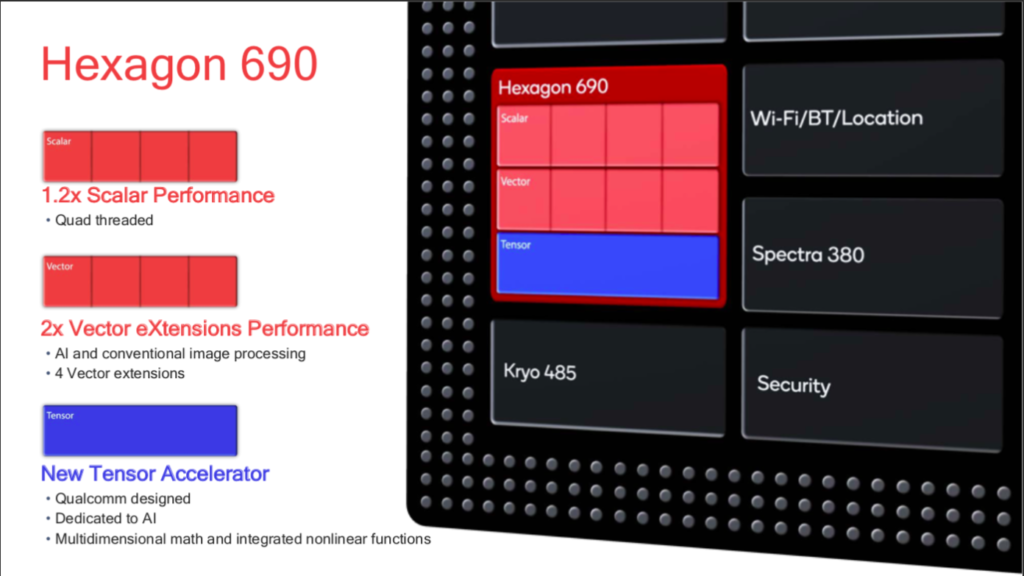 While Snapdragon 675 packs company owned AI known as Qualcomm Hexagon 685 DSP. it’s a 3rd generation vector extension and All-Wave Aware sensor hub. The Qualcomm Neural Processing SDK along with popular frameworks, that makes the processor acceptable for smartphone makers. But, in compare to Snapdragon 855, 675 can’t be even near to the performance of 855 in terms of AI processing. 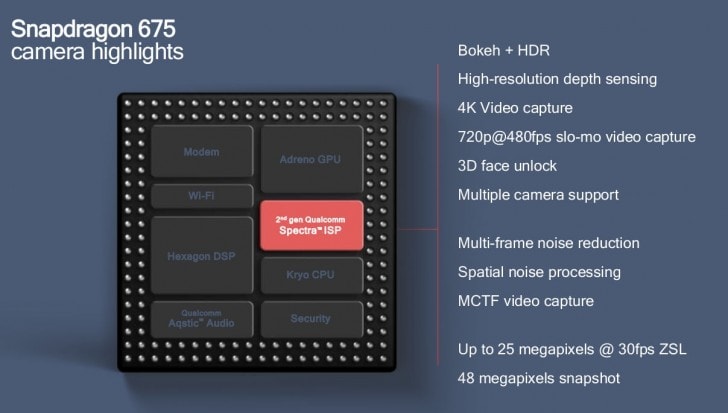 Also Read: Elephone A6 Mini launch with the price $99.99 (Specs and Features)

Finally, but the most strongest field of Soc is connectivity. In this aspect, Snapdragon 855 is the world’s first commercially available chipset with 5G connectivity support. It actually includes X50 LTE 5G modem that is capable of accepting 5G signals. Whereas, Snapdragon 675 has no such feature. Means, 855 by Qualcomm is a next gen Soc to offer all latest features with high end support in every aspect. And Snapdragon 675 falls not even near to it. Really, the price of high end flagship SoC matters a lot.

Hope this comparison helped you justifying why Snapdragon 855 is great than 675. Although both of the chipsets are 64bit Octa-core Soc, but its features terribly differentiates them. To get more updates on similar comparisons and tech articles, Subscribe Us now.