The Qualcomm Snapdragon 855 platform uses eight cores, arranged in atri-cluster pattern. All the cores used here are Qualcomm’s latest generation of the Kryo cores, which actually feature a semi –custom designed, taking reference from existing design from ARM’s cores. In the three clustor arrangement, the first  cluster uses four kryo 485 silver cores, based on older ARM Cortex-A55cores the peak speed of 1.8 GHz. The second group uses three Kryo 485 ‘gold’ cores which are based on ARM’s latest generation Cortex-A76 cores and are clocked at upto 2.42 GHZ. This cluster will be used in slightly more intensive task such as casual gaming or heavy application. The third cluster, intestingy, comprises a single core one  Kryo 485 ‘prime’core, with its peak clock speed unlocked till 2.84 GHz.

The Kirin 980 was technically the very first to have launched with TSMC’s 7nm FinFET Process So tha it also became first in the World to use a Coryecy-A76 core that  works in a 2+2+4 architecture. The two big cores uses A76 cores with the clock Speed of 2.6 GHZ, while two more A76 cores have ben put in place to handle medium- intensity rasks and are clocked at 1.92 GHZ. The Four small cores use Cortex- A55 cores and run  at 1.8 GHz Clock Speed  and use ARM’s latest DynamLQ CPU Controller. 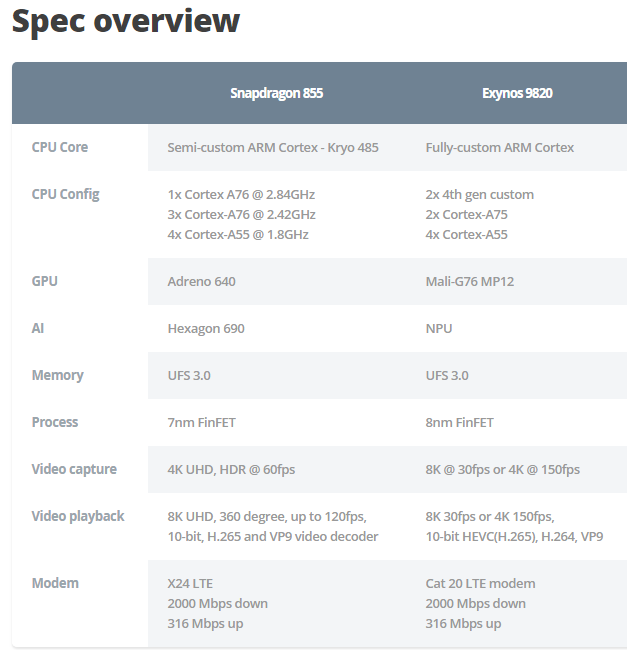 Top five tricks to make an appealing and non-fungible token

Algorand: Things To Know About The Up-and-coming Cryptocurrency