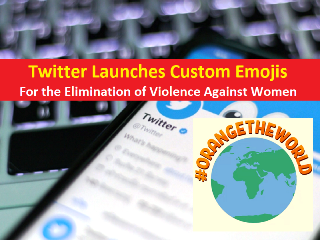 According to report, Twitter- the popular social media platform has released custom emojis on the occasion of International Day to End Violence against Women on 25 November to spread awareness about Generation equality stands against gender-based violence, and also awareness on Human Right Days on 10 December.

Twitter Company is in partnership with UN Human Right and UN Women Ofice and release custom emojis. The company also explained that each Twitter users will see this emojis when they tweet with hashtag (#..) namely, #GenerationEquality, #OrangeTheWorld, #16Days, #HumanRightsDay and other localized hashtags. Let’s take have a look tweet of “UN Women” official twitter handle.

“25 November is the International Day to End Violence against Women and the 🌎 is turning orange 🧡 to show that #GenerationEquality stands against gender-based violence. Let’s kick off the #16Days of Activism and #orangetheworld!”

“It’s International Day to End Violence against Women. Whoever needs to hear this today: We hear you. We see you. We believe you. You’re not alone. Orange heart #orangetheworld #16Days #GenerationEquality” 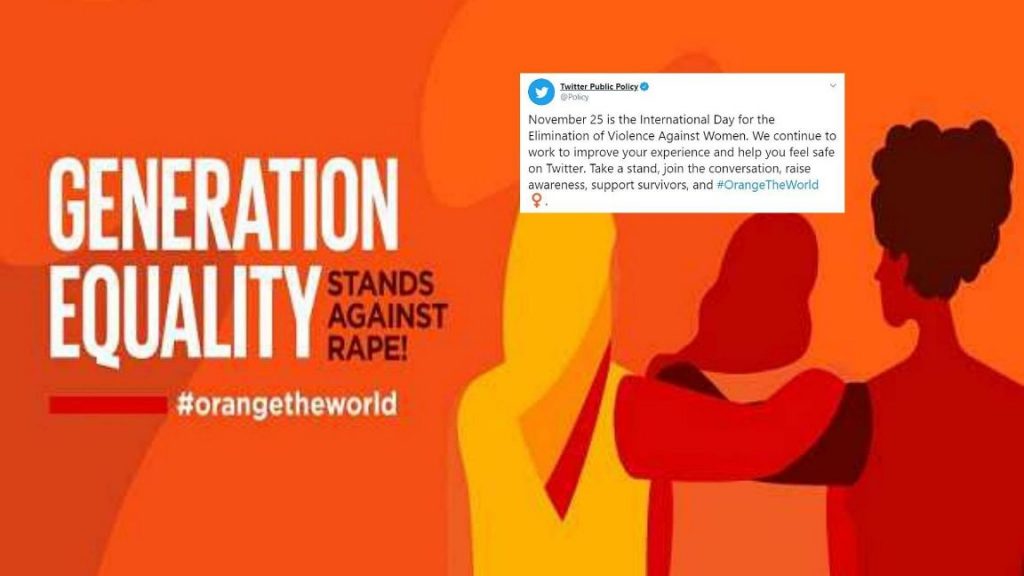 Furthermore, Twitter says they are also supporting the local nonprofits with “Ads for Good Grants” to several partners across the world. In other words, nonprofits can use “Ads For Good Grants”- Twitter advertising platform to spread awareness on end violence against women to more users/people.

The company also explained that for next 16 days with hashtag “#16Days”, Twitter is amplifying several regional campaigns and messages about the awareness and importance of gender equality especially eliminating the violence against women.

In his blog, Twitter explained that “Violence against women” is also pandemic like whole world were faced and still facing the coronavirus pandemic. But respond to the both the pandemic are not same. As we have seen the whole world immediate respond to the COVID-19 (Coronavirus) pandemic and result in, almost every part of the world is now aware about this pandemic. Similarly, Twitter with custom emojis launched for awareness on stop violence against women, and should be taken this situation as pandemic.

Additionally, Twitter has also partnered with “Health Authorities” and nonprofit organizations to expand its #TherelsHelp notification Service. When Twitter’s users search terms associated with gender-based violence on Twitter, they will receive #ThereIsHelp notification with contact information for local hotlines that encourage them to reach out for help.

Twitter Company has already started rolling out “Custom emojis” on these hashtags including #GenerationEquality, #OrangeTheWorld, #16Days, #HumanRightsDay and other localized hashtags, in total of 24 countries including India, Mexico, UK, Thailand, US and Australia. That’s all. For any suggestions or queries, please write on comment box below.