Among the entire Windows version, Windows 11 nowadays is getting a lot of fame among the users and we know the reason, it  has been recently launched, so the users wants to do its depth analysis. We are here to answer all the related queries. Like Windows other versions, Windows has many useful features and one more thing that is true for Windows 11, is its complexity. As we have stated that it has been recently launched and the users are trying to adopt its features. In the same time, Microsoft surprised their users by launching the Windows 11 SE version.

If you are the one who is in dilemma between the Windows 11 and Windows 11 SE. And you are unable to differentiate then trust me this blog is going to be the most appropriate pick for you to understand the difference between two of them. We will deeply analyse Windows 11 SE vs Windows 11.

Windows 11 is a personalized operating system that supports all types of devices such as smartphones, tablets and personal computers and also has the ability to create multiple desktops and switch between them whereas Windows 11 SE is a new stripped down version of Windows 11 built aiming at students and educators.

From the above lines, it is quite clear that Windows 11 SE was built especially for the education sector. That’s why all the least important or unwanted complications has been removed that Windows 11 carries to the table.

In this blog we will discuss about the Windows 11 and Windows 11 SE. We will compare them on different scales. Stay tuned to explore the difference between

On comparing Windows 11 and Windows 11 SE, we concluded that in standard Windows 11 operating system, we can manually install most of the third party native Win32 apps which means we have the option to install the native apps like iTunes or Spotify and you are able to install apps manually but in Windows 11 SE it’s not like that means you are restricted from all the above practices. This is basically because there is no access for the Microsoft Store in Windows 11 SE.

In Windows 11, Microsoft has provided a widgets panel which gives you the latest updates about the sports scores, weather, photos and many more. These features are missing in the Windows 11 SE, which is highly appreciable because it’s an education dedicated version of Windows 11. 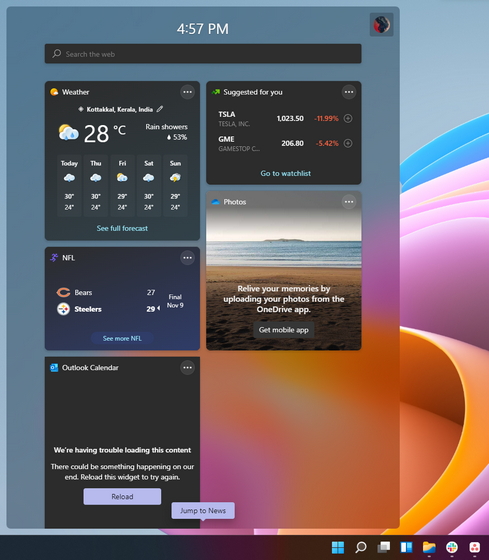 In Windows 11 SE, Microsoft has published a limited availability of chart.

Note: You can only upgrade from Windows 10 to 11 and not Windows 11 SE. To know more refer to the below mention image 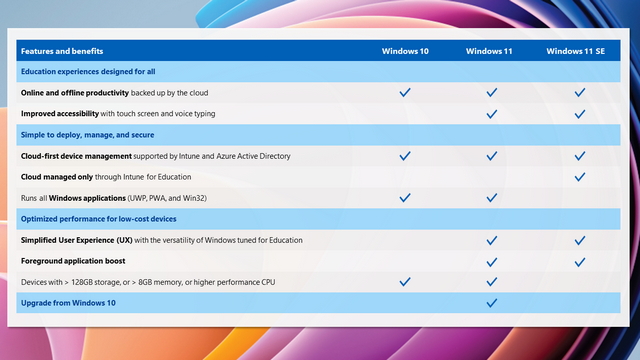 From the above mention paragraph you must have understood that the Windows 11 SE is a cloud-first OS. But you must know that they both have same system requirements because Windows 11 and Windows 11 SE are built on the same core.

Graphics card: Compatible with DirectX 12 or later with WDDM 2.0 driver

Processor: 1 gigahertz (GHz) or faster with 2 or more cores on a compatible 64 bit processor or System on a chip (SoC)

Apps that can be installed on Windows 11 SE

In the above paragraph’s, we have Cleary mention that the Microsoft Store is missing in the Windows 11 SE, hence you won’t be able to install third party Win32 apps. You have to depend on web apps in browsers like Chrome and Edge.

Can you install Windows 11 SE on your computer?

No you can’t. Yes it’s true. You cannot install Windows 11 SE on your computer now. You must be thinking why it is so. The reason is Microsoft has stated that it is unavailable for retail users.

Till now we have learnt that Windows 11 SE has its own restrictions but we also know that the system requirements are same for both. Because of its restrictions the most of the customer does not feel like buying it. And the stores did not sell it.

You must be thinking about the compatibility of Windows 11 SE

Note: Remember you cannot switch from Windows 11 SE to Windows 11 Home or another version of Windows 11 on a laptop, if it delivered to you by an educational organization.

Microsoft has a belated entry to the educational sector whereas Chrome OS popularity has reached at the summit in this sector. It is not so easy for Microsoft to beat Chrome OS.

Microsoft is providing so many advantages to its customers like Intune for Education laterally with full versions of Microsoft Office and Minecraft at a quite affordable price whereas chromebooks have to pay separately foe managing all subscriptions and services. Let’s see what happens, whether Microsoft will beat Chrome OS or Chrome OS will maintain its position in the market.

Hopefully, the blog was helpful enough to understand the difference between Windows 11 and Windows 11 SE. I hope that Windows 11 SE vs Windows 11, is now a clear picture for you all whoever is reading this blog. Always feel free to share your valuable thoughts with us on our social networking sites like twitter, Facebook and others. Your suggestions will always be appreciated. Thanks.

Can I Turn Off Memory Compression Windows 10