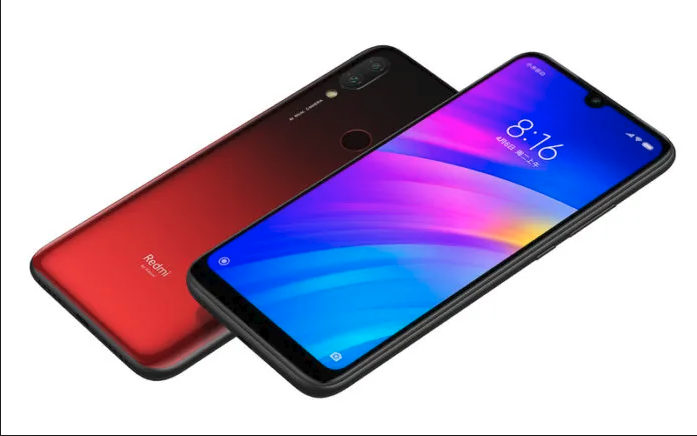 A well known Chinese tech giant and a ruler smartphone manufacturer Xiaomi has recently launched its new workhorse all rounder smartphone in name of Redmi 7. although the devices comes in budget smartphone segment, still it provides the users with what every buyers might want with a phone. Through this new phone, the company has focused over every value rather than working over just major features. And after a few days of its launch, we are going to bring here Xiaomi Redmi 7 review and all its details that will simply allow you to know why company managed to deliver enough it order to keep it ahead of all its rivals.

In compare to other smartphone released by Xiaomi before Redmi 7, they all looked similar, but in case of the newly launched one, the company has broken the mould. The company has actually embraced the phone with multi-colored glossy plastic alike all its rival’s models. Speaking about colors, the smartphone is available in three color options which includes the plain Eclipse Black, Cormet Blue, and Lunar Red. All three of the phones seem eye catching and offers premium look in hand.

Talking about the rear design of Xiaomi Redmi 7, there’s two featured color gradients which the company refer as ‘Aura Smoke’ look. In the case of Cormet Blue colored option, the rear gradients have dark purple merged in bright blue, while the Lunar Red model has black at top merging into red at bottom. Although the gradient combination may not be loved by everyone, still the overall effect makes the phone to appear subtler in compare to design of other phones available in industry. For those who don’t like the rear design can choose to use dark plastic cover which comes out of the box. 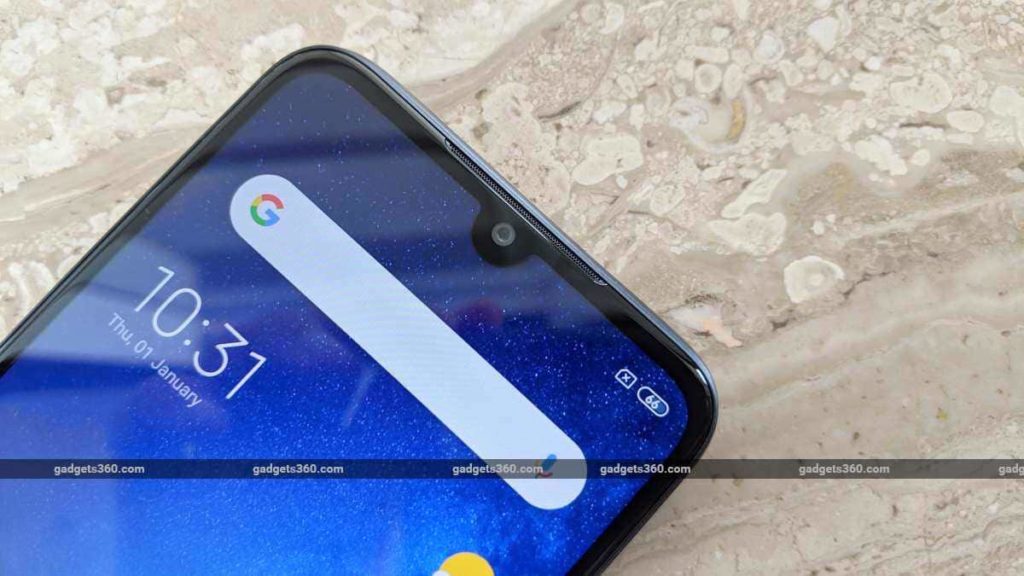 Since almost all phones in smartphone industry are growing bigger in size, even the Xiaomi seems no exception, and featured Redmi 7 with a 6.26-inches screen. Means, the new version is much bigger in compare to its predecessor Redmi 6, however heavier as well. The device has weight of 180 grams and its thickness measures 8.47mm. But, if you are a frequent single hand user, then your single thumb can’t reach all its corners.

Other than these, the company has featured this phone with a modern dot type notch housing front facing camera and have thin border all around the screen. The very good news in regard of screen protection aspect is that, Xiaomi Redmi 7 also has Gorilla Glass 5 that yields users with peace of mind against scratches and damages.

Coming to back design of this smartphone through Xiaomi Redmi 7 review, it’s made up of moulded plastic. According to the tech giant, this plastic is said to be finished with a nano-spray. In case of plain Black colored version, there’s no texture but gets very grimmy and smudges once the phone is taken in hand. Means, the attempt of users to keep the rear looking fresh is impossible. Even some people reported major scratches after using their device for more than a week even after careful handling.

However, the edges are not perfectly smooth and seems somehow awkward to use. But, the company has tried its better to reduce such hassles by placing fingerprint sensor and control buttons (Power + Volume) in easy reach.

In the front section, the device includes a slim earpiece just above the front camera notch and the sensors are hidden. Also, there’s an embedded LED light which glows when the phone is being charged, and turns off after the battery is full after charging. Also, the phone has dual camera setup in rear which seems sticking out for a tiny bit, but never comes in the way of anything.

Whereas, on the top section, situated there a 3.5mm headphone jack along with an infrared emitter too. Using this emitter, users can control various supporting appliances by using specific apps. A tray is also there in the left top of the smartphone that can hold two Nano-SIMs as well as a microSD card for storage expansion. At the bottom, there’s two grills in which the one is only a speaker. And in order to charge the smartphone it has old Micro-USB standard slot that can easily enable users to re-use their old data cables. 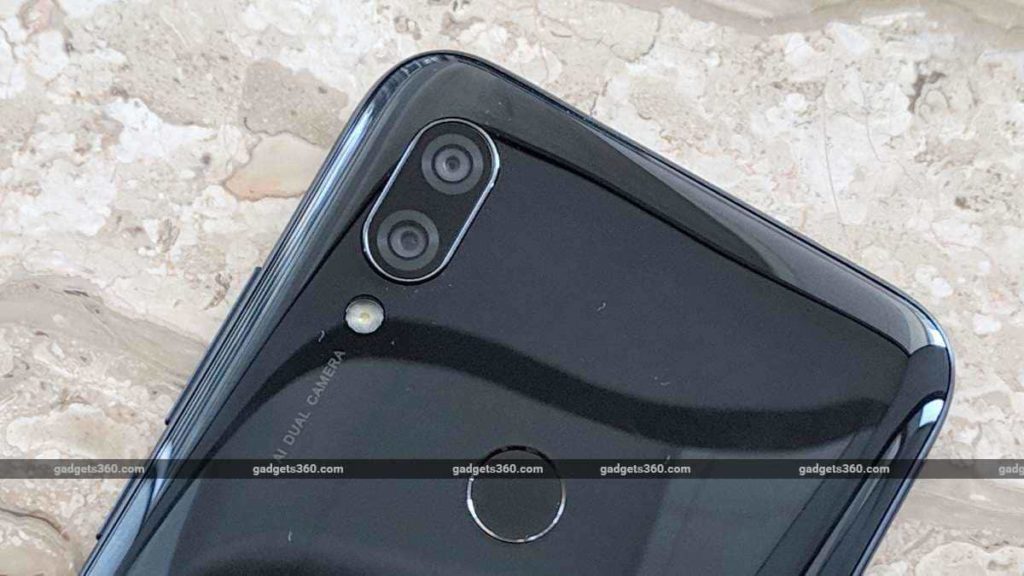 Further, the phone is available only in two variants while both of 32GB internal storage option, but differed by RAM options. The base model equips 2GB orf RAM while the other one has 3GB priced at Rs 7999 and Rs 8999 respectively. Although the two options not make a great sense to users in current era, but those who need more, an invest a few more bucks to choose Redmi Note 7 instead.

Getting over the screen size, it’s already mentioned that Xiaomi Redmi 7 houses a 6.26inch screen in the beginning of Xiaomi Redmi 7 review here. The screen supports 720×1520 resolution with aspect ratio of 19:9. The company has to say this phone will offer around 84% of NTSC color gamut that seems really a decent value for a low priced smartphone. To power the device, the phone houses a 4000mAh battery but the phone has no quick charge support and includes a 10W charger out of the box.

Coming to connectivity details, the phone supports 4G ad VoLTE for both active SIMs. Apart from this, it offers single-band Wi-Fi 802.11n, Bluetooth 4.2, and GPS. Also, there’s an electronic compass, accelerator and ambient light sensor as well. In order to stream videos, the Xiaomi Redmi 7 use Widevine L3 DRM technology.

Getting over the software details, the device is running MIUI based on Android v9 Pie. While checking out the initial setup process, there’s seen an option to disable Wallpaper Carousel on the lock screen which basically can include some advertisements. Doing so will bring a different item every time you unlock this device and is powered by a known third party app named Glance.

Slipping into more deep of the software, the MIUI used in Xiaomi Redmi 7 has no option for app drawer and all its icons are there just on homescreen. When swiped to right from the main screen, a page appears called App Vault that includes different panels with shortcuts to specific tasks. Also, the software is features with a task switcher which has a tiled layout that seems quite handy when used.

For those who want their phone to have some private apps and data, the MIUI offers the Second Space feature allowing users to create a private profile, that can be deleted or reset anytime when required. In addition to these, there’s a specific application called Dual Apps which simply provides users to deal with an app in two instances and supports almost every applications.

While you seek to install any app from Goole Play Store, an “app checker” screen may pop out with an ad. Also, the default keyboard of this phone includes tons of ASCII text effects, emojis, and many other options that can enhance your way while typing. Alike all other Xiaomi’s smartphones, even Xiaomi Redmi 7 reviews from users state the phone has MI Apps store which also contains ads in many cases.

Although the base model of Redmi 7 is more affordable but its RAM capacity might impact over performance. However, keeping the ads throughout the MIUI, the overall performance is good through this device, but may work buggy as well sometimes. According to some users, they have faces minor lags while making calls or scrolling through app switcher. In some cases, it even appeared that notifications disappears from screen in just less than a second, which is rarely reported but seems odd.

While looking through the screen, it appears too reflective but offers decent quality. Since the screen size is really large, it’s expected to experience great while playing videos, games, etc. But when it comes to typing, the text may appear somehow fuzzy however it makes not a great sense. Otherwise, the colors and viewing angles are fine at all.

Speaking about the speakers, it appeared to be quite impressive to push out sound without any distortion. Means, the speakers are really great for voices in vide and music as well. But, as it comes to bass and richness in sound, there’s not much and no headset option is included.

Getting over the performance through Xiaomi Redmi 7 review, the smartphone offers really great improvement in this term if compared to its predecessor Redmi 6. according benchmark test results, it scored 103,574 AnTuTu points and geekbench single core and multicore scores were 1,247 and 4,333 respectively. Also the phone received 511 points in 3DMark’s Sling Shot Extreme test and 14,458 in Ice Storm Unlimited. Also, the GFXBench’s T-rex and Manhattan 3.1 tests over this device offered a great result and ran on 36fps and 14fps respectively.

In the terms of battery, Redmi 7 houses a 4000mAh batter which lasted around 17 hours 9 minutes in HD video loop test. The device even managed to provide a complete full day backup when used for normal usage including web surfing, photography, gaming etc.

However, the camera quality is simply amazing. The included 12MP f/2.2 primary camera in rear with 2MP depth sensor offers great photography experiences. Although the phone has no extra wide angle lens, but the included app does boast of AI to detect and adjust camera settings according to scenes automatically. Take a look on some pictured captured by Redmi 7 below. 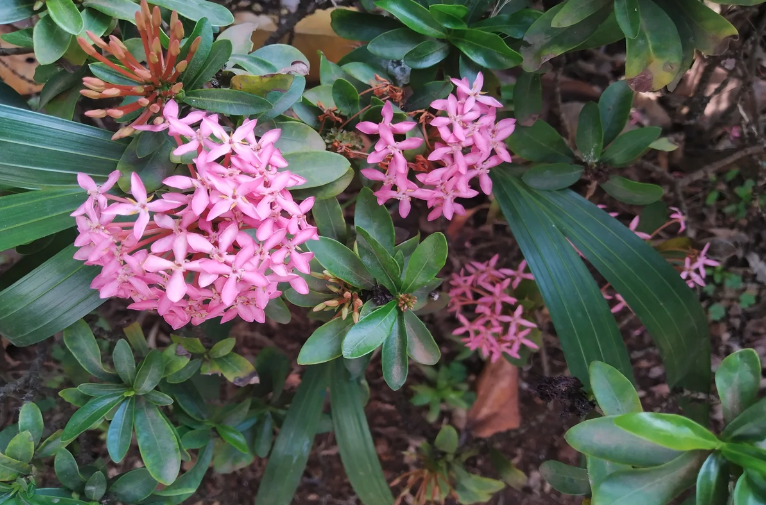 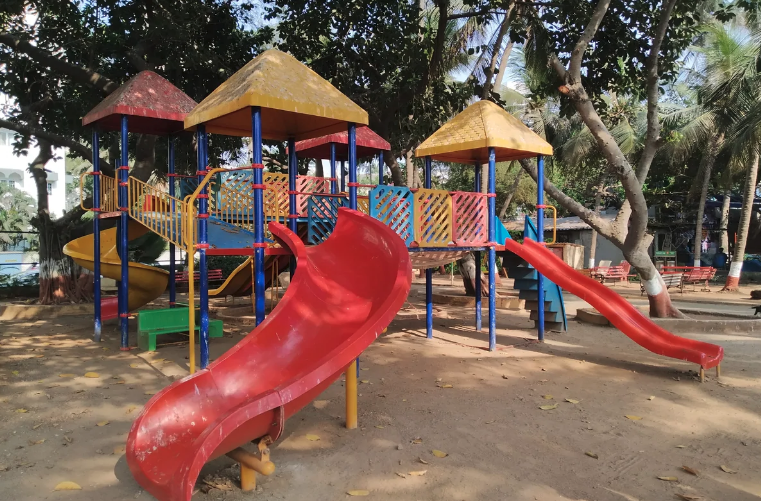 So, getting over all details aforementioned, the Chinese tech giant Xiaomi has included really a lot of improvement in its latest Redmi series and the new Redmi 7 is such an instance. The phone comes packed with better features, specifications. And up to date style and appearance. However, the reduction of RAM capacity in base model and lack of 64GB storage variant puts the device a few steps backward too. The phone is available for just Rs 9,999 for base model while the top end variant will cost arount 1000 more.

We hope you likes this Xiaomi Redmi 7 review here which might have offered you all details you were searching for. Please share this article and Subscribe Us to stay tuned with more similar news and tech articles at Techsmagic.