Adobe Premiere Pro needs no introduction as it is one of the most used editing programs available on internet. Since it’s paid software but still so many users prefer this app for editing videos, films etc. Adobe Premiere Pro is quite worthy to choose when it comes to editing. And thousands of users are very happy with this software.

But while going through several forum sites we found that there are some users who have recently reported that Adobe Premiere Pro high CPU usage in the Task Manager. Though the app is extremely helpful for the users but high CPU Usage is not a good thing. Because high CPU Usage slows down the PC and affects other important processes running in the background. It also affects the PC’s health. So the users are quite desperate to resolve this issue. If you are too struggling with the same then keep scrolling the blog till the end.

In this method we suggest you to update Premium Pro as several users have claimed that updating the software worked for them. Updating the software will remove glitches bugs from it and it will also repair the corrupted files. So you can also try to update this to the latest version by using Adobe Creative Cloud.

If updating Premium Pro doesn’t works for you then it is suggested to adjust hardware accelerated decoding preferences. To do the same follow the below mention guidelines:

Step 1: First of all click on Edit in the menu and select Preferences & then Media> After that select Intel or NVIDIA or whatever hardware you have. This method simply puts the pressure of software encoding on to hardware-accelerated encoding thus decreasing the load of CPU.

Several users have claimed that GPU Acceleration in the Project Settings of the Premiere Pro, as you may see high CPU Usage acceleration project and its tasks are using the resources of your CPU to perform various functions.

You are likely to face Adobe Premiere Pro high CPU usage if you are using a normal PC that is not built for editing or running heavy program like Adobe Premiere Pro. So in such case you need to adjust the playback quality using the drop down button you find below the preview of your timeline. Now tap on the drop down button and select Half of ¼ from the options and see if it has many difference. 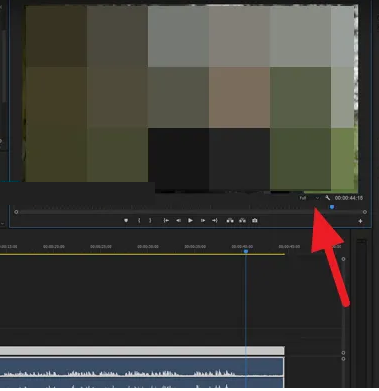 If none of the above mentioned methods works for you then we suggest you to change it to hardware-accelerated encoding and decoding by enabling it. After enabling it, whatever project you work, it will all be encoded and decoded using the hardware acceleration.

To do the same, click on Edit in the menu, select Preferences and Media. After that check the box inside Enable hardware accelerated encoding and decoding. And then click OK to save the changes and restart Premium Pro.

That’s all about Adobe Premiere Pro high CPU usage. If you liked the blog then keep visiting the sit for more useful blogs.

How to fix PotPlayer subtitles not showing? [Guide to change subtitle language in Potplayer]

Where can i see my favorite clothes on Roblox on Windows 10/11, Android, iOS [Guide]