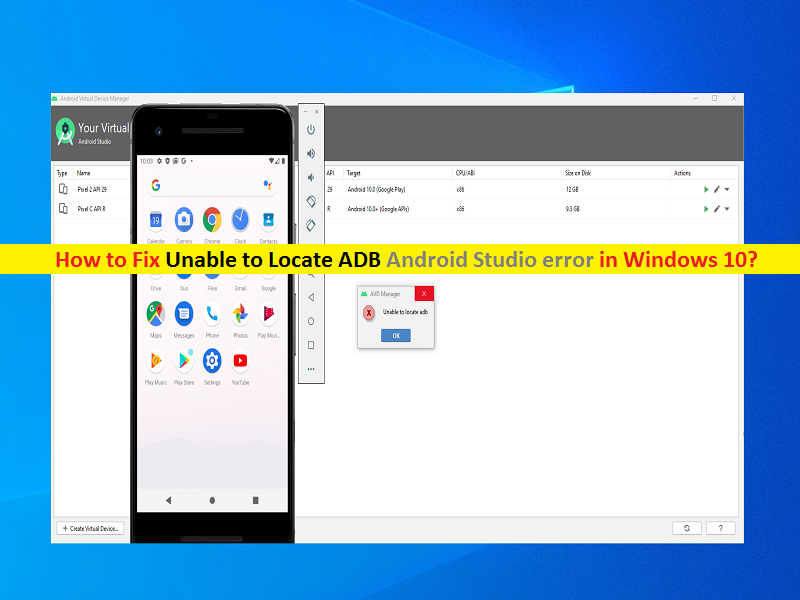 What is ‘Unable to Locate ADB’ – Android Studio error in Windows 10?

‘ADB – Android Debug Bridge’: ADB is command-line tool that allows you to communicate with device. ADB command facilitates a variety of device actions like installing and debugging apps, and it provides access to Unix Shell that you can use to run a variety of commands on device. ADB is included in Android SDK Platform-Tools package. You can download this package with SDK Manager and install it ad ‘Android_sdk/platform-tools/’. Typically, ADB is installed via Android Studio when you install Android SDK under Platform-Tools.

So, you should make sure your project settings provide the project SDK which by default is set to NO SDK. You can do this setting in your project settings in order to fix the issue. Corrupted platforms Tools could be another possible reason behind this error or it is also possible that Windows Defender antivirus or any third-party antivirus likely quarantines it that’s why you are facing ‘Unable to Locate ADB’ error. You can reinstall Platform-Tools in your computer in order to fix the issue. Let’s go for the solution.

How to fix Unable to Locate ADB Android Studio error in Windows 10?

‘PC Repair Tool’ is easy & quick way to find and fix BSOD errors, DLL errors, EXE errors, problems with programs/applications, malware or viruses issues, system files or registry issues, and other system issues with just few clicks. You can get this tool through button/link below. 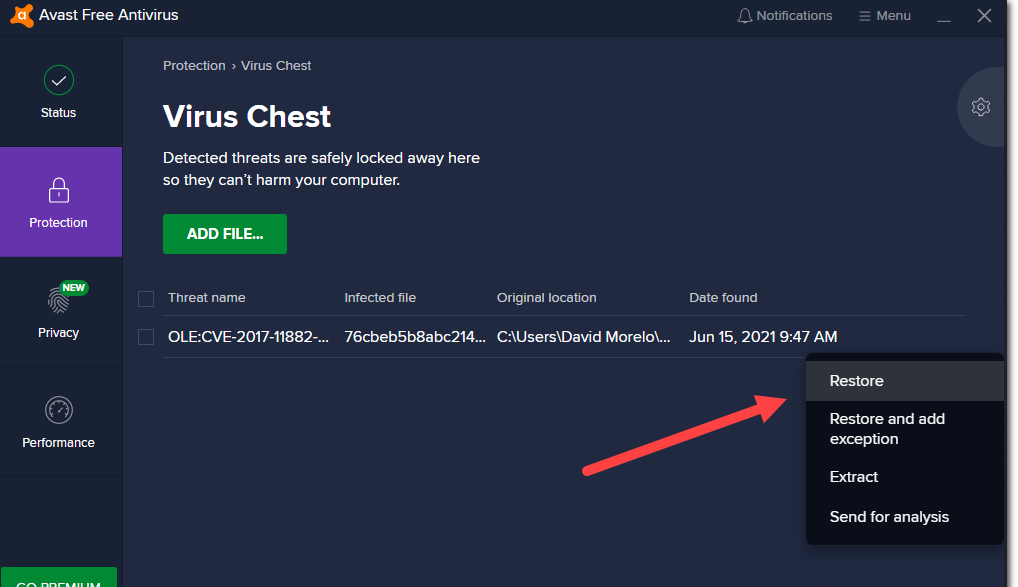 This method will valid if you have installed any third-party antivirus like Avast antivirus in your computer. As mentioned, ‘Unable to Locate ADB’ error can be occurred due to your third-party antivirus over security features or for some reasons. You can try to fix the issue by restoring the ADB.exe file from antivirus software if it has been quarantined by your antivirus.

Step 1: At first, right-click on your antivirus software icon on taskbar or in System Tray, and select ‘Virus Chest’ option

Step 2: In the opened window, check if ADB.exe file is present. If present, click on ‘Three-horizontal Dots’ in front of file and select ‘Restore’ option from the dropdown menu. This way, you can remove ADB.exe file from Virus Chest and then file will be restored.

Step 3: Or you can also choose ‘Restore and add exception’ option after clicking ‘Three-horizontal Dots’ next to the file. Once done, retry running app in Android Studio and check if the issue is resolved.

Step 3: Once you are inside ‘Project Structure’ window, click ‘Project’ under ‘Project Settings’

Step 4: Now, go ahead with what Project SDK is set to. If it is set to ‘NO SDK’, then change it to ‘Android API XX Platform’ from the dropdown.

Step 5: If you can’t see any option under dropdown of Project SDK, then click ‘new’ button next to ‘Project SDK’ and select ‘Android SDK’ and then choose the folder where Android SDK is present

Step 6: Once new Project SDK is created, select ‘Android API XX Platform’ from dropdown and then hit ‘Ok’ button to save the changes. Once done, retry running app in Android Studio and check if the issue is resolved. 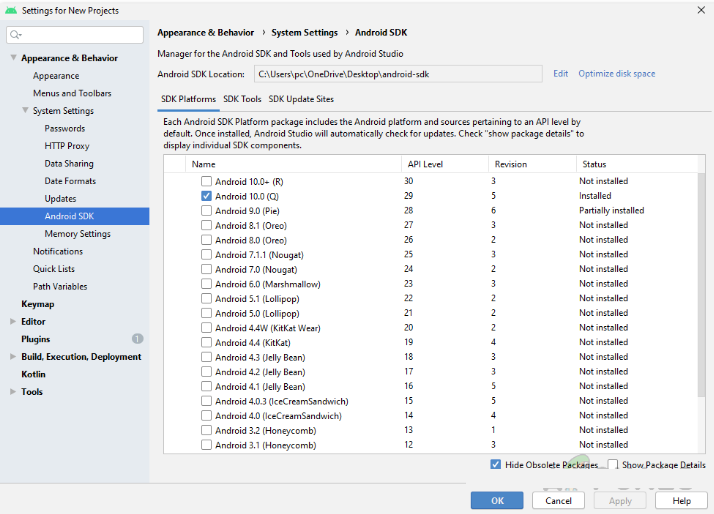 This error can also be occurred if you are missing the relevant Android version SDK in your computer. You can install Android SDK from SDK manager in Android Studio in order to fix the issue.

Step 3: Click on ‘Android SDK’ in left pane and in right pane, click on ‘SDK Platforms’ tab, and install SDK platform for your respective Android version.

Step 4: Once installed successfully, retry running the app and check if the error is resolved. 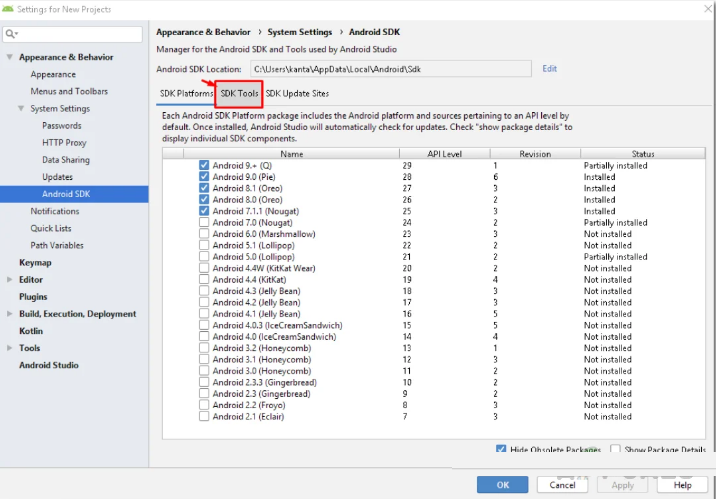 If the issue is still persist, then you can try to fix the issue by reinstalling Platform-Tools in Android Studio via SDK Manager.

Step 6: Wait to finish the process and once done, retry running app and check if the issue is resolved.

I am sure this post helped you on How to fix Unable to Locate ADB Android Studio error in Windows 10 with several easy steps/methods. You can read & follow our instructions to do so. That’s all. For any suggestions or queries, please write on comment box below.