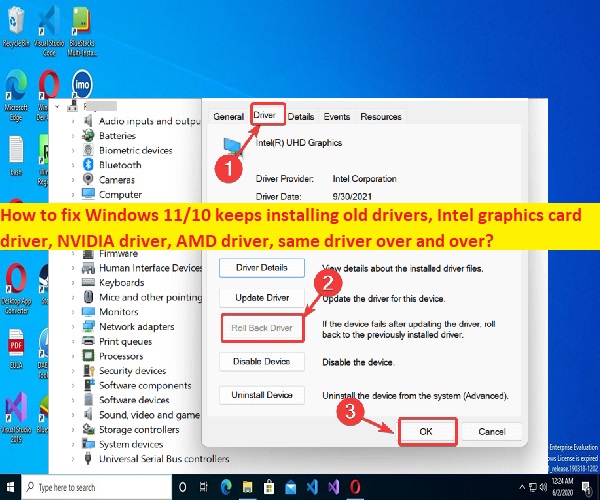 In this article, we are going to discuss on How to fix Windows computer keeps installing old drivers or the same drivers. You are provided here with easy steps/methods to resolve the issue. Let’s starts the discussion.

It is common Windows Problem occurred usually when you try to update drivers like AMD drivers, Intel drivers, or AMD drivers using Windows update. This issue indicates whenever you try to update your drivers with latest Windows update, it automatically install the outdated and old drivers in computer as result graphics card start malfunctioning. Several users reported about this issue and explained when they install latest Windows update, it installs old drivers or same driver over and over.

The possible reasons behind the issue can be issue with the driver itself, incompatible drivers with Windows OS version that’s why Windows update unable to install the latest driver in computer and result in old driver or the same driver package installed in your computer. One possible way to fix the issue is to exclude drivers update in Windows update settings and then update the Windows OS, and then update device driver separately in computer. Let’s go for the solution (Solutions are given in separate heading starting with ‘How to fix’).

Windows keeps installing old drivers issue is also common for NVIDIA driver. This issue indicates whenever you restart your computer after installing the latest NVIDIA drivers in computer, they experience Windows computer keep installing the older version NVIDIA driver again. The same problem is occurred when they install latest Windows update and possibly due to driver incompatibility issue with Windows OS version, it installs the older driver again. However, it is possible to fix the issue with our instructions. Let’s go for fix (Solutions are given in separate heading starting with ‘How to fix’).

What is Windows 10 update keeps installing the same updates over and over?

Another common issue relating to Windows keeps installing old drivers in this post is Windows computer automatically install the same old driver again and again after updating Windows OS. This issue indicates whenever you install latest Windows update in your computer, it installs the same driver or old drivers on computer even after when you have already installed the latest drivers before Windows update. One possible way to fix the issue is to rollback the device driver to previous version and then you can retry updating the driver, but there is also some other possible solutions to fix the issue as mentioned in the post. Let’s go for the solution. 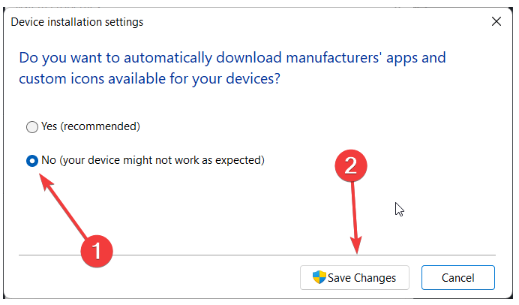 One possible way to fix the issue is to change installation settings in computer.

Step 3: In ‘Device Installation Settings’ window, choose ‘No’ on ‘Automatically download manufacturers’ apps and custom icons’ available for your devices

Step 4: Finally, click ‘Apply > OK’ button to save the changes, and click ‘Save Changes’ and exit. Once done, restart your computer and check if the issue is resolved. 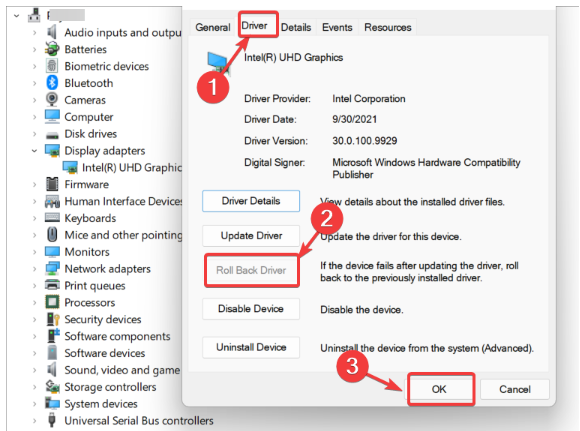 Another way to fix the issue is to rollback the device driver to previous version in computer.

Step 4: Once done, restart your computer and check if the issue is resolved. 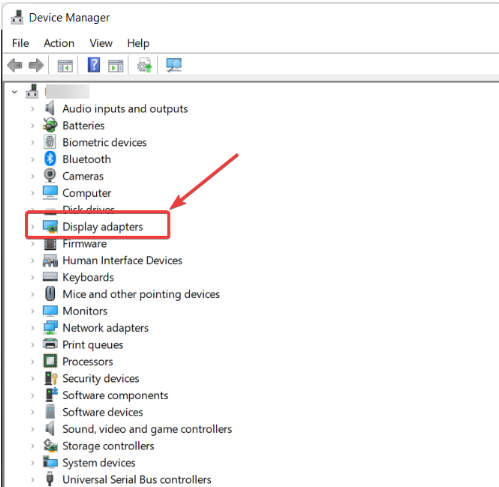 Another way to fix the issue is to uninstall the device driver that keeps installing in computer again and again.

Step 1: Open ‘Device Manager’ app in Windows PC and look for the device driver that keeps installing in your computer again and again

Step 2: Right-click on it and select ‘Uninstall Device’ to uninstall it and wait to finish. Once done, restart your computer. Restarting computer will automatically the latest drivers in computer, and then check if it works for you.

Method 4: Not including drivers in Windows update

If you are facing this issue after installing latest Windows update, then you can exclude the drivers in Windows update settings to fix. This method will work on Windows 11 Pro and Enterprise Edition.

Step 2: Now, find and double-click ‘Do not include drivers with Windows update’ settings to open its Properties window.

Step 3: Select ‘Enabled’ radio option, and then hit ‘Apply > Ok’ button to save the changes and then restart your computer, and check if the issue is resolved.

You can also try to fix the issue by updating all Windows drivers including AMD/Intel/NVIDIA drivers and other device drivers using Automatic Driver Update Tool. You can get this tool through button/link below.

I am sure this post helped you on How to fix Windows 11/10 keeps installing old drivers, Intel graphics card driver, NVIDIA driver, AMD driver. You can read & follow our instructions to fix the issue. That’s all. For any suggestions or queries, please write on comment box below.

How to Fix DVD drive not showing in Device Manager Windows 11, DVD Drive not detecting/recognizing [Steps]

How to Update Windows DHC Drivers for Intel Graphics Adapter