How to Fix Windows 11 Black Screen with Cursor

Many of the Windows PC users have already updated to its latest version that is “Windows 11”. For most of them, it is working fine and they are enjoying its new features and robustness. However, for many, things have not gone smooth due to error or some kind of malfunctioning after the OS update. The most common of them is Windows 11 black screen with cursor error. Many of the victims as well as Windows OS experts are discussing about this issue various Online forums such as reddit, Quora, Windows community webpage and so on.

One of the users says, I update to Windows 11 and now when I login, it shows black screen. I tried to reinstall Windows but again it is showing black screen with a cursor on start-up. It’s really irritating. I don’t know how to fix. Please help?

Well, black screen error it not exclusive to Windows 11 rather we have seen such errors in the past with Windows 10 and earlier version as well. It comes on the screen out of a sudden without showing any warning message or any kind or prior symptoms. The PC totally gets freeze at start-up. Well, as I said earlier, bugs and errors are very common whenever a new version of Windows OS is released. The engineers from Microsoft works round the clock to offer an error-free update however if you are among one of those unfortunate users facing errors after update then probably you don’t have to panic much. For your help, we have concluded all the possible reasons and circumstances that could cause windows 11 black screen with cursor error along with its easy fixes and tricks.

Possible Reasons for Black Screen with Cursor on Windows 11

Shell Corruption due to Malware Attacks or System Update

System’s users shell is directly responsible for some basic features such as taskbar, desktop features and so on. If it gets corrupted or its value gets changed then system feature will not work properly and this directly to error pop-ups on startup.

Display not working properly or is not connected

If the display brightness is very dim or is not properly set-up or is not powered “ON” then the screen will appears to be black. Of course this is a silly reason but there is possibility hence do check.

In the past, we have experience with Windows 10 that a corruption in users profile settings or fast boot image settings leads to black screen error.

I am sure you are eager to get the solution. Some of the possible fixes for Black Screen on PC has been discussed below.

As mentioned earlier, a sloppy or loose connection of the monitor could be the reason. So, before making any software changes, make sure that the connection for all the hardware is intact especially if you are using a desktop or external monitor.

It is better that you reconnect the cables. The cables should be stable and must not have any wear and tear issue. If you have any secondary monitor then you can use to check whether the same black error is occurring or not. In case if it works fine with the secondary monitor, it is clear that problem is with the primary monitor and hence replace it.

As mentioned earlier, if the User Shell value is not correct or is corrupted then this leads to error during system start-up. Normally the Shell value gets changed without permission due to malware attack or incompatible System update. If that is the case, you can correct the Shell value with simple steps mentioned below.

Blue screen will appear on the screen with some options. 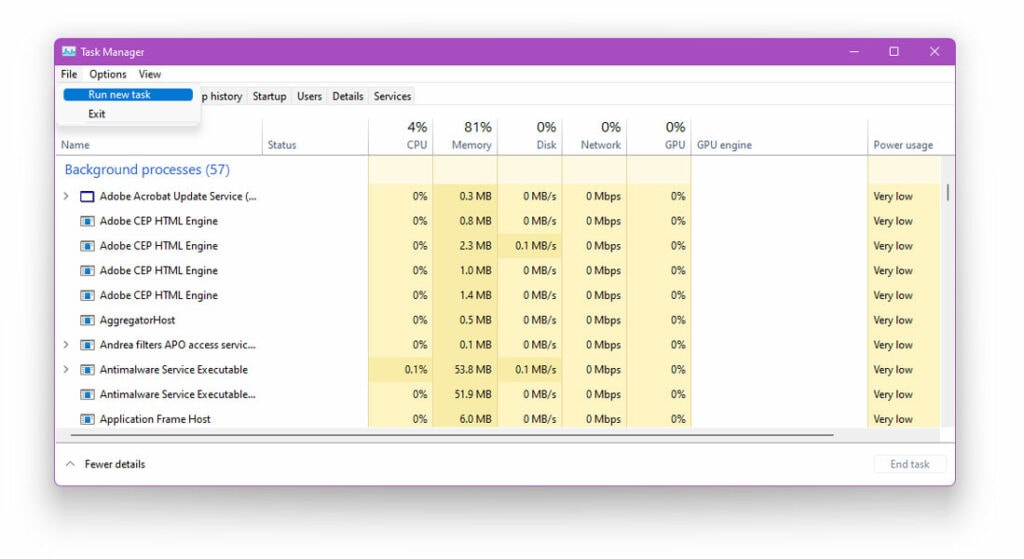 In the pop-up, type “regedit” command 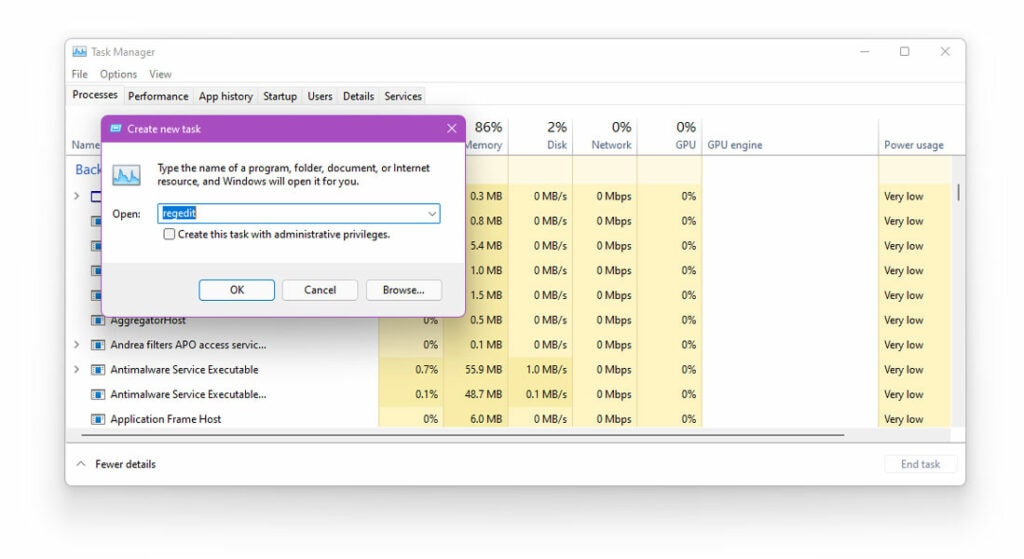 Press on the SubFolder named as “SOFTWARE”

Locate “Microsoft” file and click on it. Go to file named as “Windows NT” and expand it. 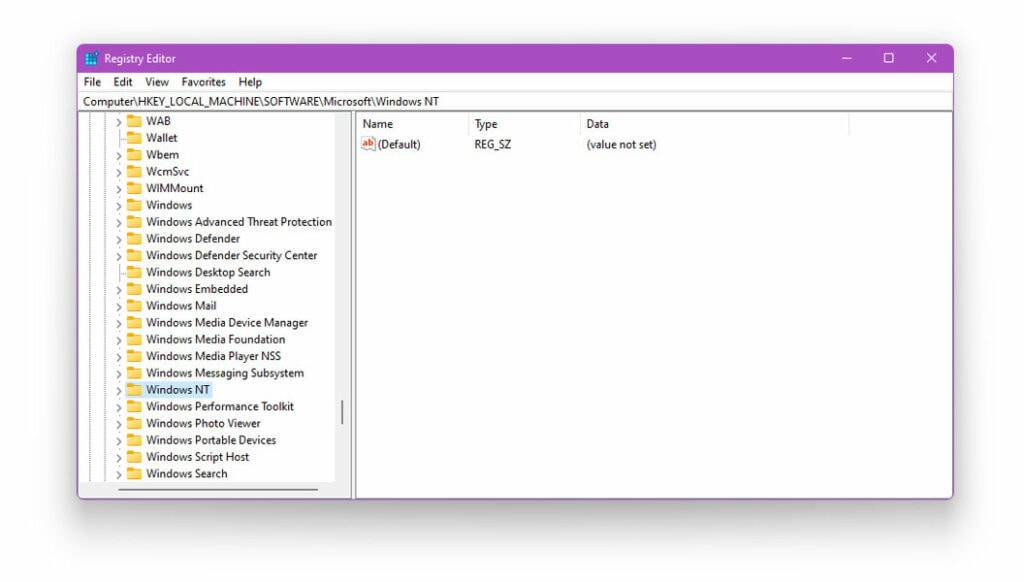 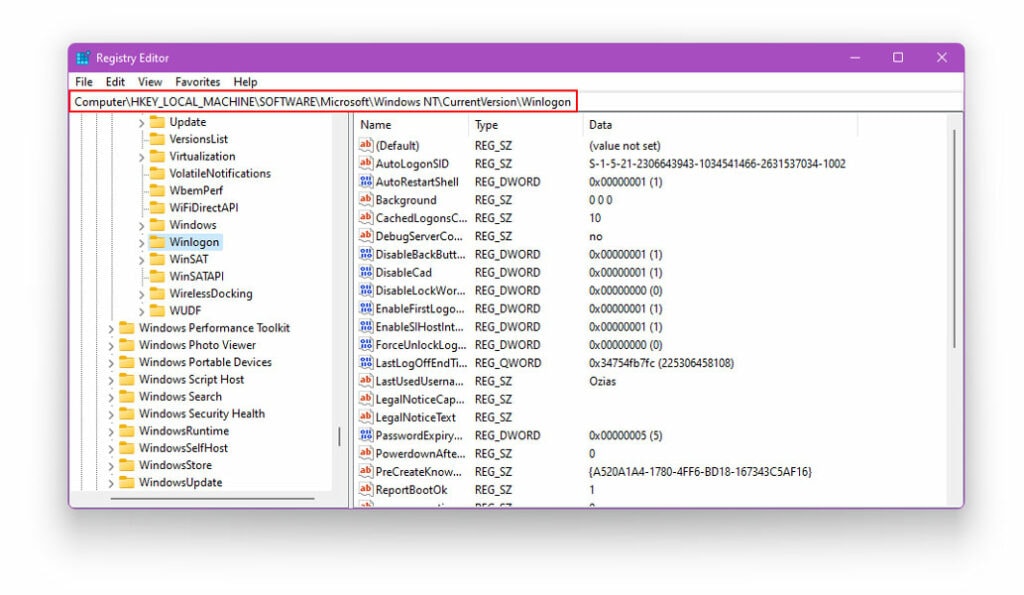 Search for the file named as “Shell” > Click “Shell”.

Dialog box names as “Edit String” appears on the screen. In the value data, confirm that it is written “explorer.exe”. In case if the data has been changed by malware attack, make it explorer.exe 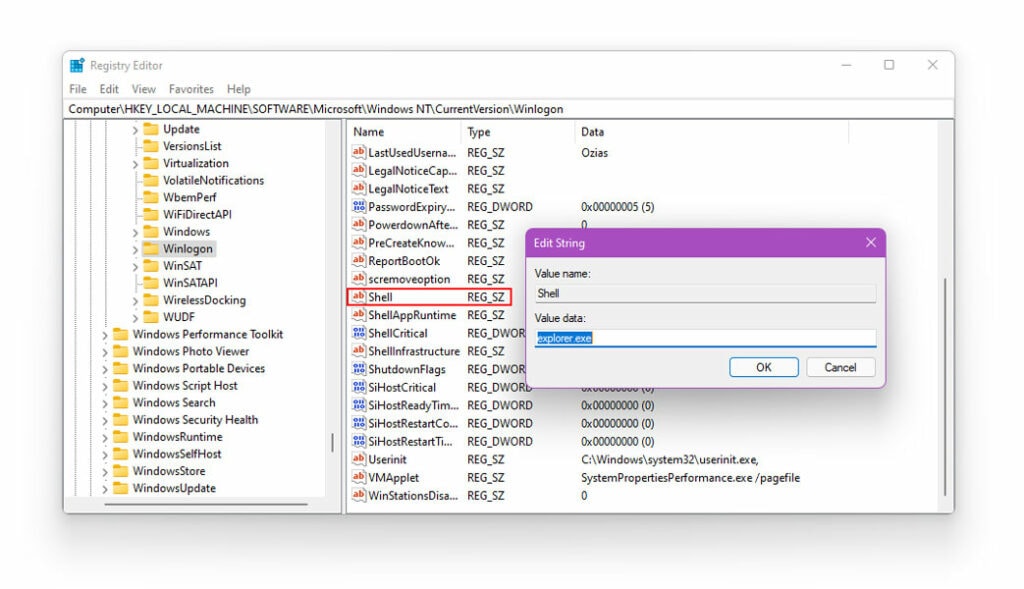 Close the Task Manager and press on Ctrl + Alt + Del at the same time. Again, the blue screen will appear on the screen. Next is to click on “Power” icon present in the bottom right corner and Select “Restart”.

Hopefully, when the PC gets rebooted, you will not see the windows 11 black screen with cursor error.

If there is a dedicated or external graphic driver installed in the PC then there is high possibility that it is not compatible with the OS and hence causing black screen error. So first it is recommended to restart the graphics driver. The steps are as follow.

Press Windows + Ctrl + Shift + B. The screen goes blank and beep sound occurs that indicates that restarting of graphics driver. Once restarted, everything will get fine and the PC will get booted smoothly. In case if you want to update the PC drivers to further fix other issues or improve the overall performance then it is recommended to use a Driver update and download tool. 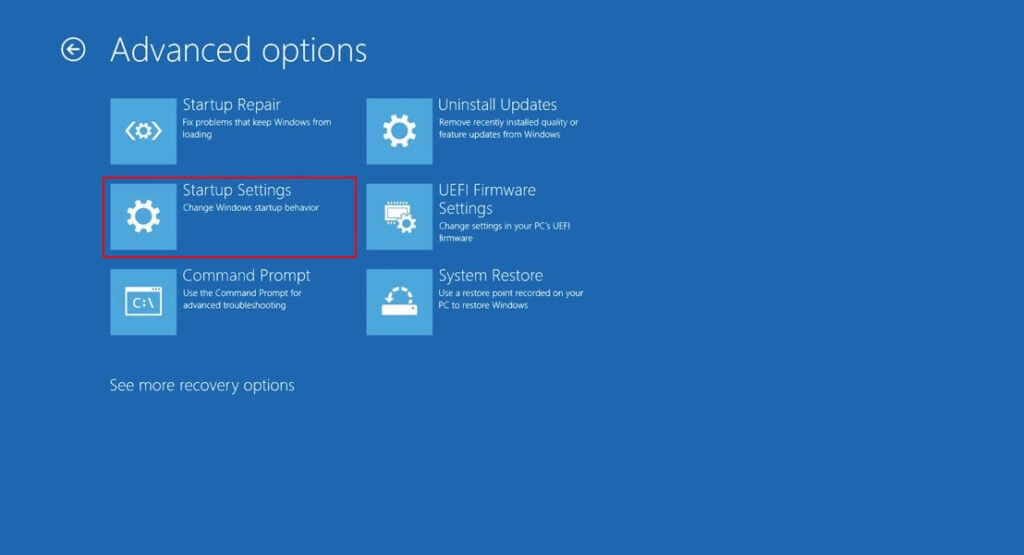 Restart and now “Startup Setting Page” will come on the screen. Press on “Enable Safe Mode” 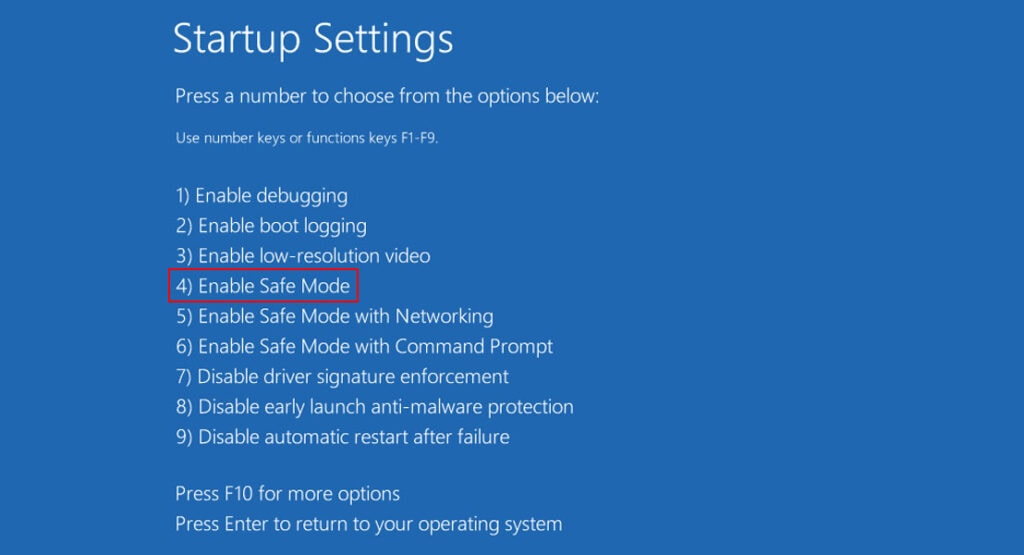 PC will not boot in safe mode. Go to “Start Menu” > Go to Add/Remove Program> Locate the suspected program causing black screen error > select and tap on “Uninstall”. Once done, restart the PC in normal node and hopefully the Windows 11 black screen with cursor error gets fixed.

Getting windows 11 black screen with cursor is very irritating as it doesn’t allow you to use the work-station any further. Hopefully the solution provided here will help you to fix the issue. If you find this article interesting and helpful the do share this with other by sharing on your social media.

How to fix Windows 11 Bluetooth not Working

How to Reinstall Microsoft Edge on Windows 10

How to Fix Stuck On Preparing To Configure Windows Issue [FIXED]

How to Create Printer Shortcut Windows 10