Microsoft has earned its name fame and prosperity since it has developed Windows. Today Millions of users are using Windows and are very happy with their OS. We all know the reason of its popularity. It’s a well-known fact that Windows is the most reliable as well as affordable Operating System ever. From Windows XP to Windows 11, people have appreciated it. People have delivered their loyalty to Windows by appreciating all the versions of Windows. Not only the people but the Company has also enhanced its features and security levels over the years.

Over the Years the bond of trust is getting better and better. In order to make our audience more aware of the Windows Services, we are introducing this blog which is totally dedicated to the Windows 10 1607 update download. 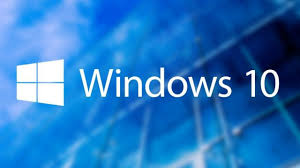 On many of the Community Websites and forums users have shown their curiosity to know about Windows 10 Update Version (1607).First know about what does 1607 means in Windows 10 Version. It simply means that which version and build of Windows 10 one has. Note: the version number is in the form of YYMM. For example, 1607 means 7th month of 2k16.

Some facts about Windows 10

Windows 10 Anniversary Update which is widely known as version 1607 and codenamed as “Redstone 1”. It is the another major update to Windows 10 and first in the series of updates in Redstone codenames and conveys build number of 10.0.14393.This was introduced to rejoice the very first anniversary of Windows 10.

This Windows Update has brought many new features and changes. We have discussed few of them. You can go through them one by one.

The functionality is still same but the start menu has been changed and the GUI is streamlined. Now you will not be able to see File Explorer, Settings, Power, text labels for Documents instead you will see their icons on left hand side. You will get the recently added, suggested and most used apps on the top. And then there will be a full alphabetized list of your apps just below that. But of course the live tile on the right side of Start Menu is still the same. 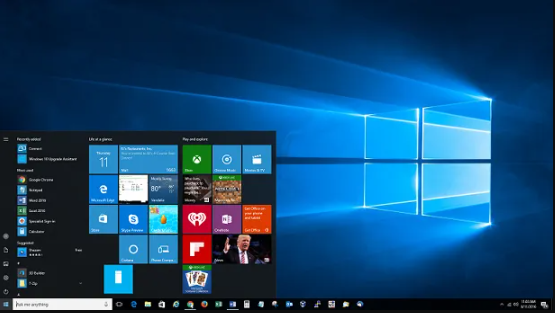 When the Windows Update Components on your system are corrupted then the installation may be fails. The component contains services and temporary files requisite by associated to the Windows Update. In such cases you can try to reset the above components and check whether the issue resolved or not. Follow the below mention steps to reset the Windows Update Components: tap on the Start button in the lower left corner of the screen, and type in “cmd”.In the appeared list just right click on Command Prompt and then select Run as Administrator. Then in Command Prompt, type in lines of command and then tap Enter once you type the below mention commands: net stop bits: net stop wuauserv: net stop appidsvc :net stop cryptsvc.

The above commands will stop services that Windows Update needs to download and install updates and then type these words the mention lines of commands and then tap Enter after every command under the Command Prompt:

The above command will rename Software Distribution and catroot2 folder, used by Windows Update in order to sore data and temporary files. It will create new folder after spotting that these folders are missing. Its motive is to make the system use new SoftwareDistribution and cataroot2 folders so the Windows Update will prevent issues from old ones. Under the Command Prompt, type in commands and tap Enter after every commands to restart service you end just now: net start bits : net start wuauserv: net start appidsvc : net start cryptsvc

Now just try to run Windows Update and check whether the issue resolved or not.

Sometimes the antivirus programs interferes which makes you unable to install the updates. In such scenarios you can disable your antivirus for some times.

Apart from this if you have any queries and concerns regarding the same, kindly feel free to share your thoughts with us on our Facebook and Twitter page. Thanks for Reading.

How to Fix PS5 controller not charging while playing [Steps]